Listen, I know what you’re thinking.

You’re thinking, “Wow! Taylor Swift just released a new album! I wonder which ex-boyfriends all her songs are about?”

Taylor Swift’s songs have never been about ex-boyfriends, any more than Planet Ping Pong’s pizza menu has been about pizza.

Of course, those of us who aren’t SHEEPLE all know Taylor (I can call her Taylor) has long been a tool of the Illuminati, and her songs have incorporated secret coded metaphors for the takeover of the world.

About people having their memories erased and reprogrammed by 5G.

“We Are Never Getting Back Together?”

About the breakup of NATO and the downfall of society necessitating a New World Order.

About battling the CORONAVIRUS. 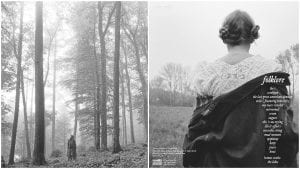 The art for Bjork’s new record, cleverly disguised as a Taylor Swift album.

But aside from the odd song about her exes – Harry Styles, John Mayer, Jake Gyllenhaal, Erik Estrada, Herve Villachaise, Taco, Chickenzilla, Animal from the Muppets, Mother Theresa, the Dalai Lama, Harry Potter (if he existed), Larry Dallas, Greedy Gretchen, Caillou, etc. – most of her songs are part of an elaborate global conspiracy to brainwash the population and prepare them for world control by the reptilian shape-shifting elite. The MK Ultra-controlled singer is constantly dropping truth bombs in her music and public persona, not the least of which is that her most popular album is called RED (red being a known Illuminati color; don’t believe her lies that it’s just a tribute to her devotion to Big Red cinnamon gum).

But as Q, through QAnon, begins peeling back the veil on the horrible secrets of the world, it seems Swift may be changing sides, perhaps breaking out of her mind control box and truly becoming free, joining such resistance artists like MGMT, Beastie Boys, Tenacious D, and Yo Gabba Gabba. In fact, Q might have a follower in Swift (who took her pen name from Jonathan Swift, another famous creator who tried to tell us about the clandestine hollow earth and its denizens who emerge periodically to influence human civilization).

You can see the evidence of her shift right there in her new album, folklore, which dropped last week. 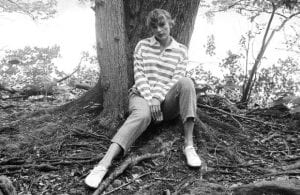 Sometimes you just gotta be happy for finding a nice secluded place to go fart.

Looking at the song titles you see a definite pattern emerging, in which Swift is actually revealing who the mysterious Q has been all along.

No, not Vanilla Ice.

No, no, not David Hasselhoff, but, ok, good guess I suppose.

NO, NOT WILLIAM HUNG!

DAMN IT, LET ME FINISH!

Have you settled down?

You get your juice box and your goldfish open? Ok. Ok.

The person who the mysterious Q has been all along is . . . 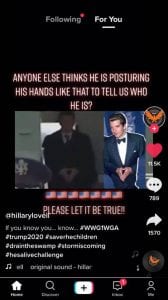 A lot of people are sharing this on their social media as evidence JFK Jr. is back after faking his death. I can see why, because that’s such a rare hand gesture.

JFK Jr. began getting involved in politics in the 1990s, and as rumors and momentum began to build about him potentially running for office, he realized in 1999 that he was a target of the same deep state that assassinated his father. So, Junior faked his death, and went into hiding.

He was helped along the way by a secret underground of anti-deep staters who have been wanting to free the American people from the control of the Illuminati for decades.

But now, now, he’s finally about to come forward, as the voice of Q, and the man behind the plot to take back the world.

And Swift is acting as the John The Baptist to his Jesus with her new album.

Just look at those song titles:

The Last American Dynasty: Obviously a reference to the Kennedys.

Exile: Talking about how JFK Jr. has been in exile all these years but is ready to return.

My Tears Ricochet: Talking about how sad he was about his father’s assassination and how he’s returned to get revenge. 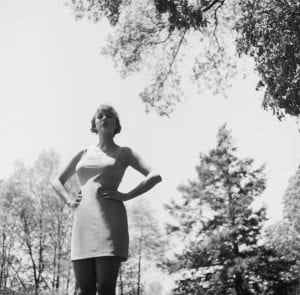 Invisible String: About how Q, a.k.a. JFK Jr., has been a shadow puppet master all this time.

Hoax: All about how JFK Jr. faked his death and went into hiding, keeping up the hoax all these years.

Epiphany: Once revealed, the world will realize that JFK Jr./Q is here to save them.

Peace: A new era of world peace will be ushered in, as the deep state, the illuminati, and their minions (e.g. Nickelback) are defeated.

Mirrorball: Ummm, JFK Jr. used to go clubbing a lot. And once the world has been brought to peace and harmony again, we’re all gonna party! Yeah!

So, there you have it. Totally obvious, blatantly apparent, evidence that Taylor Swift has broken her MK Ultra programming (you GO, girl!) and is now an agent of Q, helping QAnon save the world. And I’ve brought you the story and done my part to help.

Now if you’ll excuse me, now that I’ve dropped those truth bombs on you, I’ve got to get started on my next brilliant expose, uncovering the insidious clandestine messages in THIS SONG…