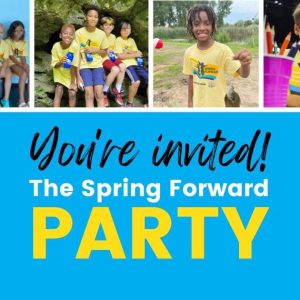 This year’s Spring Forward Party will be at Mercado On Fifth’s Indoor Event Space on Saturday, March 25th. Join us for a party to kick off spring with food, fun, cash bar and a raffle. Your ticket will help send more than 600 children to summer enrichment camps at no cost to families. Get your tickets early or learn more about sponsorship opportunities:LEARN MORE  Read More

The Bettendorf Public Library is hosting an expert-led class on Thursday, February 9th at 6:00 PM. The Creation Studio Workshop: String Art will be led by Mindy Mathews of High Strung by 3M. The program is open to participant ages 16 through adult and will be held at the Bettendorf Public Library located at 2950 Learning Campus Dr. in Bettendorf. Registration is required to participant in this free workshop and can be made at https://events.bettendorflibrary.com/event/7806428 or by contacting the Library at 563-344-4175. Mindy Mathews, of High Strung by 3M started her art form as a hobby and... Read More 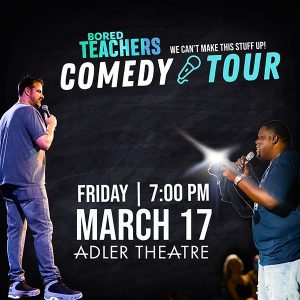 The Bored Teachers are coming to town! The Bored Teachers: We Can’t Make This Stuff Up Comedy Tour is coming to Davenport’s Adler Theatre at 7 p.m. March 17. Tickets are on sale at the Adler box office and all Ticketmaster outlets. The biggest entertainment platform for teachers in the world, Bored Teachers, presents the funniest teacher-comedians in the world all on one stage. Their hilarious skits have amassed hundreds of millions of views on the internet, and they’re all joining comic forces on the stage for a night of laughter you do not want to miss. Put that red pen down,... Read More

You Can’t Stop the Beat January 31 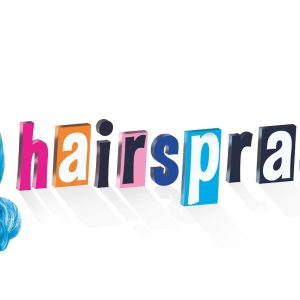 You Can’t Stop the Beat! HAIRSPRAY, Broadway’s Tony Award-winning musical comedy phenomenon is back on tour! Join 16-year-old Tracy Turnblad in 1960’s Baltimore as she sets out to dance her way onto TV’s most popular show. Can a girl with big dreams (and even bigger hair) change the world? The HAIRSPRAY company is led by Andrew Levitt aka Nina West (from “RuPaul’s Drag Race”) as Edna Turnblad, Niki Metcalf as Tracy Turnblad and Sandie Lee as Motormouth Maybelle and features the beloved score of hit songs including “Welcome to the 60’s,” “Good Morning Baltimore” and “You... Read More 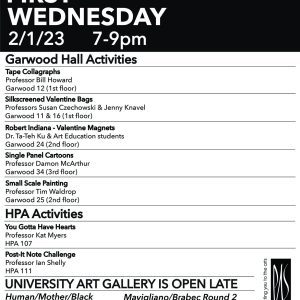 The Western Illinois University Department of Art and Design’s first “First Wednesday” event of the semester will be held from 7-9 p.m. Feb. 1 in Garwood Hall, the Heating Plant Annex and the University Art Gallery. WIU Art and Design faculty combine their efforts to offer creative, hands-on activities to visitors. This event is open free to the public, and visitors are welcome from campus and the surrounding community and region. • Everyone is welcome, but all children under 13 must be accompanied and supervised by an adult. Feb. 1 activities include: Garwood Hall • Tape... Read More 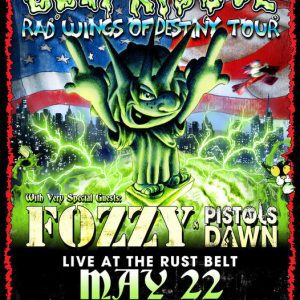 Are you ready to get UGLY? Ugly Kid Joe is coming to East Moline’s Rust Belt! America’s Least Wanted are Back! Ugly Kid Joe with Fozzy and Pistols At Dawn ! *DATE CONFIRMED!* 7 p.m. Monday, May 22 More info? Click here https://bit.ly/TRBUglyKidJoe Tickets go on sale Friday at 9 AM.  Read More 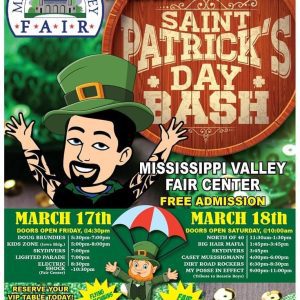 St. Pat’s is back in a big way at the MVF on March 17th and 18th with FREE ADMISSION all weekend long! There is somuch to see and do with over 20 hours of live music, a Friday night lighted parade, fair food vendors, expanded kids zone to include both days and of course a return of the Flying Leprechaun Sky Divers on both Friday night and Saturday afternoon! Learn more here: MVF  Read More 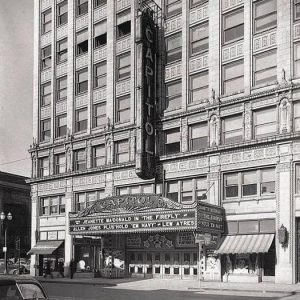 Dear Quad-City Rock ‘n’ Rollers,   I am Buddy Holly historian and researcher on the lookout for any fans out there that possibly attended one of his very last shows at the famous Capitol Theatre in Davenport, IA on January 29th, 1959. Four days later, his plane crashed soon after a show in Clear Lake, IA killing him, Ritchie Valens and the Big Bopper. Don McLean immortalized that moment as “The Day The Music Died” in his rock anthem American Pie. This Davenport stop also happens to be the only show where no photos has surfaced from…yet!   Please reach out to me if you, or someone... Read More 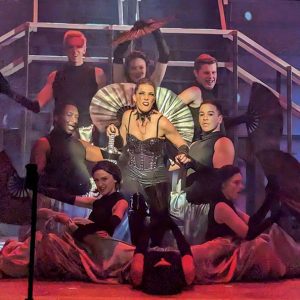 If you love the music of Queen (as I do), and you love creative and original visual spectacles on stage (I do), and you love so-dumb-it’s-funny humor (ditto), then you’ll love “We Will Rock You,” the Queen jukebox musical playing at Rock Island’s Circa ’21 through March 11. (Call (309) 786-7733, ext. 2 for tickets and showtimes.) I’ve honestly never seen a show quite like this at Circa before, and I mean that as a compliment. It’s just so different looking and feeling from most of the stuff that hits their stage that it’s both exhilarating and... Read More 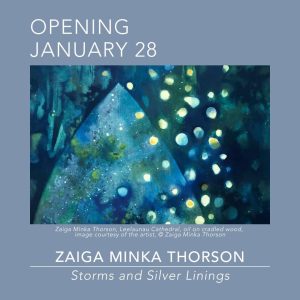 𝗭𝗮𝗶𝗴𝗮 𝗠𝗶𝗻𝗸𝗮 𝗧𝗵𝗼𝗿𝘀𝗼𝗻: 𝙎𝙩𝙤𝙧𝙢𝙨 𝙖𝙣𝙙 𝙎𝙞𝙡𝙫𝙚𝙧 𝙇𝙞𝙣𝙞𝙣𝙜𝙨 will be on view in the Figge’s first floor Gildehaus Gallery starting Jan. 28 and includes 18 new paintings and a site-specific installation of 𝘚𝘱𝘪𝘳𝘪𝘵 𝘝𝘦𝘴𝘴𝘦𝘭, a suspended boat made of wire and fabric, serving as a repository to carry away pain and burdens. Above 𝘚𝘱𝘪𝘳𝘪𝘵 𝘝𝘦𝘴𝘴𝘦𝘭 glowing papier mache orbs will be suspended, representing hope, gratitude and spiritual... Read More