Take a trip to ‘Nocturne Falls’ for oddball fun 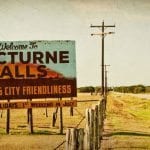 If you want to trek to a land of hilarious, oddball fun, hit the trails to “Nocturne Falls” tomorrow night at the Establishment Theater. The show is one of Comedy Sportz’ regular after-hours studio series gigs, a slate of shorter performances with an R-rated slant that hit different distinct audiences, but have one thing in common – they’re all unique, hilarious and improvisational fun. “Nocturne” is part “Twin Peaks,” part Mayberry, part Weekly World News. It’s set in the town of the same name, and the show involves a group of its residents, each chatting, in monologues and... Read More 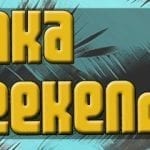 For the last 25 years, Ya Maka My Weekend has been a tradition in The District of downtown Rock Island. This festival celebrates the culture of the Caribbean. It is known for its colorful atmosphere, delicious foods, and lively reggae music. This year, the celebration takes place on the third weekend of August, scheduled for the 19th at 5: 00 P.M until 12:30 A.M and on the 20th 3:00 P.M until 12:30 A.M. Ya Maka My Weekend will be held on the Great River Plaza, 2nd Avenue between 18th street to 1st and 3rd avenue, in downtown Rock Island, IL. Admission is $9 for a one-day pass and $14 for a two-day.... Read More 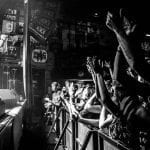 It’s taken over a decade for 3 Years Hollow to become an “overnight sensation,” and they’re hoping the years in the trenches have prepped them for a long run of success. After forming in 2001 and slogging through various roster changes and dingy club gigs, the act began to take off in 2008, after solidifying its line-up with Jose Urquiza on lead vocals, Tony Reeves on guitar, Neil Kuhlman on guitar and vocals, Dex Digga on bass and Chris Cushman on drums. Since then, 3 Years Hollow has steadily grown its fan base, touring regionally and opening for acts from Buckcherry to Papa Roach. And... Read More

‘Menopause: The Musical’ A Huge Hit With Its Audience 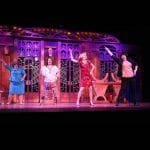 If you’re thinking about going to see Circa ‘21’s “Menopause: The Musical,” or if you’ve already bought tickets to it, you’re definitely going to enjoy it. “Menopause” knows its audience, very well, and has done an excellent job at satisfying that audience. On the opening weekend night I saw the show, the crowd was pretty much filled with middle-aged and above women, with a few middle-aged men as well, and they loved it. I mean LOVED it. They laughed uproariously, they hooted and hollered at some of the jokes and jibes and at the end of the night they quickly rose to give it a... Read More

There’s something brewing this weekend in the Rock Island District. Saturday, July 16, from 2 to 6 p.m. The District will host a Homebrew event on the Great River Plaza in downtown Rock Island. Rivers Edge Homebrew Festiv-Ale is the first of its kind in downtown Rock Island; this event will feature over a dozen homebrew clubs from around the Midwest with over fifty different brews to sample. Attendees will receive fifteen sample tickets, and a Rivers Edge Homebrew Festiv-Ale commemorative glass (while supplies last) with paid admission. An exciting element of this event will be a special tapping... Read More

It’ll Be A Hot Flash Time At Circa During ‘Menopause: The Musical’ 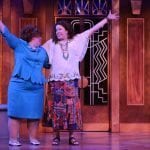 When that change arrives, you can get unusual hot flashes, fiery mood swings and unusual ideas and cravings. And by “that change,” of course I’m talking about a theater changing shows from one to the next. Circa ’21 Dinner Playhouse is going to be transitioning into that more mature era as they closed down “Sister Act” last weekend and this weekend welcome the return of “Menopause: The Musical,” running through Aug. 27. The show will be performed at Circa ’21 on Wednesday, Friday, and Saturdays evenings at 7:45 p.m., Sundays at 5:45 p.m., and Wednesday matinées at 1:30 p.m.... Read More

Leo’s Still A Shoe Thing For Repairs In Rock Island 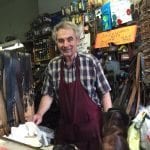 Squirreled away amongst the depression-era architectural remains of downtown Rock Island, next to the shimmering strip clubs and sagging dive bars on 20th Street, scant slumping steps from the eternal river that announces the end of Illinois, is a sentinel of a bygone era that transcends time and trends. Walk within its doors and you enter a cramped kingdom, a taut narrow expanse of colorful cardboard towers soaring to the stucco ceiling, monolith over a workshop bursting with stitches and steel. A tall, thin man with ebon and silver bolts of hair and an impish grin greets you, hearty and hale,... Read More 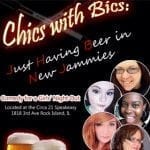 Some of the most interesting and funny conversations any of us have had are those that have been in that crooked hour of the night when the liquor has kicked in and the inhibitions have kicked out. Heather Nobiling is hoping to recreate that loose, hilarious feel in the new show she’s put together, Chics with Bics, Just Having Beer In New Jammies: Comedy For a Girls’ Night Out. The gig takes place this Saturday, at the Speakeasy in Rock Island. Doors open at 7, show starts at 8. The cost is $10 in advance, $12 at the door. All female comics are onstage, but boys are allowed (and even encouraged!)... Read More

Circa ’21 Announces Its 40th Season

Circa ’21 is getting ready to celebrate its 40th  birthday next June, but the Rock Island dinner theater has already announced its 40th anniversary season beginning in November. It’s an action-packed lineup boasting six marvelous musicals – among them a Tony-nominated musical based on an Oscar-winning movie, and two of the most beloved Broadway titles in the history of American theatre. The season begins with the return of a delightful holiday revue last produced in 2009 — Circa ’21’s “Holly Jolly Christmas” (rated G), running Nov. 9 through Dec. 29. Featuring more... Read More 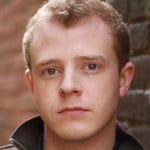 Tristan Tapscott has always welcomed new creative ventures into his life, and with last week’s closing of District Theater after nine seasons, the former artistic director of that venue is sentimental about the past and proud of his accomplishments at that bastion while looking forward to the future. Recently, Tapscott sat down to talk about the District Theater, his performing and producing career, upcoming paths and more. Q: What was it like when you closed the theater? A: It was a very surreal moment for me. I spent the last nine years sacrificing everything for that place. I can’t yet... Read More