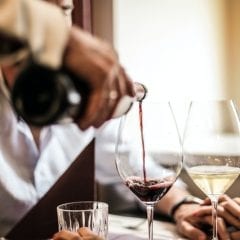 Looking for a place to get a meal in the Quad-Cities? Check out our awesome listing of area restaurants offering carry-out, drive-through and pickup options! QuadCities.com offers you a list of local restaurants, bars and cafes that serve up a number of your favorite dishes. If you have information about a businesses not listed here, please feel free to send a quick email to eat@quadcities.com. Quad City Pizza Company 2724 Avenue of the Cities Moline            (309) 797-5600 Will be offering Carry Out & Delivery (expanded temporarily to Moline, East Moline, Silvis, Rock Island and... Read More 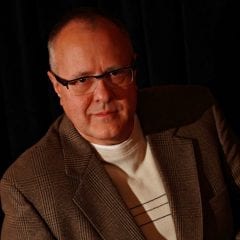 There are awards, and there are VERY SPECIAL awards. Honors, even. And this weekend, Quad-Cities actor/musician/bon vivant Doug Kutzli was verily bestowed with one of the greatest honors that could be graced upon a local performer. Upon a search for “donuts near you,” Mr. Kutzli’s performer page came up, thus putting him in rarified company as the ONLY Quad-Cities entertainer thus dubbed as AN OFFICIAL DONUT NEAR YOU. This is the first time any local entertainer has come close to gaining such a status since actor, singer, and cocksman Russell Lee was handed the Aunt Connie’s... Read More

Quad-Cities Grads Can Get A Free Coffee And Donut From Dunkin’! 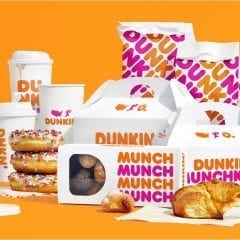 To celebrate the Class of 2020, Quad Cities area Dunkin’ restaurants are offering a sweet treat for all high school and college seniors. On Friday, May 29, participating Dunkin’ restaurants across the Quad Cities are offering a FREE Medium Hot or Iced Coffee and a FREE Classic Donut to high school and college graduates who visit their local Dunkin’ store sporting their cap and gown or Class of 2020 gear.* *No purchase necessary. Excludes Cold Brew and Nitro Cold Brew. Limit 1 per guest. Not valid on mobile orders. To learn more about Dunkin’, visit http://www.dunkindonuts.com/ or follow... Read More 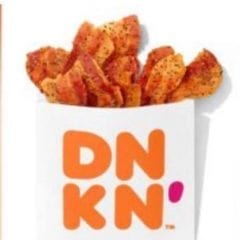 If you’re looking for a way to add more bacon to your diet — and let’s face it, who isn’t? — Dunkin Donuts has just the option for you with a new, literal bucket o’ bacon. Yup, for those of us who feel that bacon and eggs would be so much better without those pesky eggs, DD has debuted the new Snackin’ Bacon, which features eight strips of bacon in a little paper bucket. According to the Dunkin Donuts website, “Our Snackin’ Bacon starts its journey smoked with natural cherrywood. It’s then treated to our sweet and savory blend of brown sugar and... Read More