There are awards, and there are VERY SPECIAL awards. 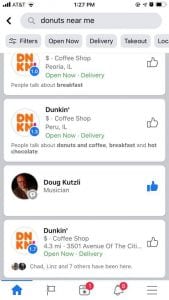 Don’t believe it???? We don’t blame you. But here it is. The evidence. Bow before its greatness.

And this weekend, Quad-Cities actor/musician/bon vivant Doug Kutzli was verily bestowed with one of the greatest honors that could be graced upon a local performer.

Upon a search for “donuts near you,” Mr. Kutzli’s performer page came up, thus putting him in rarified company as the ONLY Quad-Cities entertainer thus dubbed as AN OFFICIAL DONUT NEAR YOU.

This is the first time any local entertainer has come close to gaining such a status since actor, singer, and cocksman 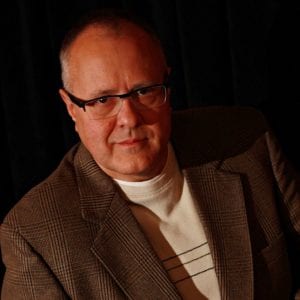 Russell Lee was handed the Aunt Connie’s Chili Bowl Of Greatness in 2005.

We at QuadCities.com are beside ourselves with joy for Doug and wish to congratulate him on such an august and revered tribute.

As for Doug, he had the following to say upon finding out the good news:

“It was an honor just to be nominated! I am cream filled with pride and still walking around in a glaze”

And who wouldn’t be? There’s no dough involved, but there’s a hole lot of recognition for dunkin’ on the competition to put such a sweet treat in hand.

Have a cup of coffee on us, Dougie, and congrats!