Home › Columns › What's the Good News › Looking For Some POSITIVE News, Illinois And Iowa? Here’s Your Good News For July!

Now let’s have some independence from bad news, awful events and the like, at least for a little while, with some positive news in our What’s The Good News column for July. Every month we look at some of the GOOD things going on in and around the Quad-Cities!

So, what’s the GOOD NEWS for July?

The Quad-Cities will have a team of hard-working young men representing the state of Iowa in an upcoming international soccer tournament!

Quad City Strikers U14 boys are the #1 ranked soccer team in their division in Iowa. The team is a positive, ambitious group of great young men who have been working hard to achieve their goals! The team sets a positive example in their schools and community, practices daily, and is dedicated to teamwork, good sportsmanship, and unselfish play. 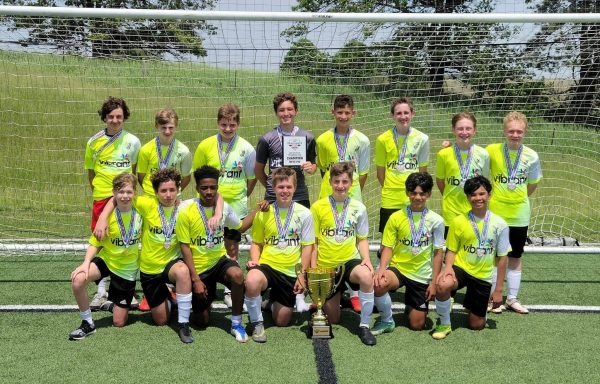 Due to the high costs of the tournament, Quad City Strikers has set up a GoFundMe for the teams and appreciates any and all donations that can be offered. The GoFundMe is  HERE!

“We are extremely proud of all of our teams at Quad City Strikers, and are very proud of these boys who have worked hard to rise to this level of competition and compete at an international level,” said Morgan Pullias, club president for Quad City Strikers. “The Quad-Cities is an excellent soccer market that features a lot of talented players and we’re proud to be representing the Quad-Cities, and the state of Iowa, in this prestigious tournament. 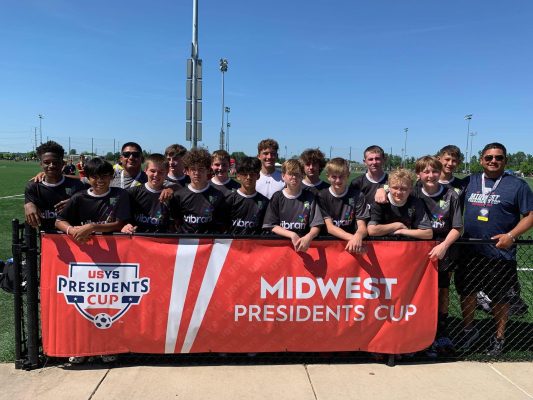 “This is just the beginning of a lot of positive developments for the club, as we’re always looking to provide the best experience for all our players and parents,” Pullias said. “Strikers offers awesome coaching and a great soccer experience with the lowest and most affordable fees which is important during these tough financial times.”

Interested in learning more? Check out the club at qcstrikers.org.

Project NOW is rehabilitating single-family homes and duplexes for veterans to rent at an affordable rate.  Affordable housing means not paying more than 30% of your income for housing. A recent housing study, Silos to Solutions, indicates the gap of 6,645 affordable units in the Quad Cities.

The Executive Director of Project NOW, Dwight Ford, believes housing is the anchor of all opportunities and is excited to announce this new program. 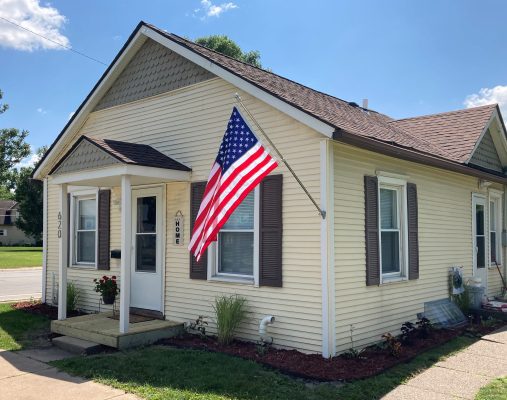 Ford says veterans who have supported and provided service to others, should also receive service and support when needed. “Our veterans often do not ask for much and choose to live a life of service giving to others.  We are fortunate, as those which live in the Illinois Quad Cities have an opportunity to witness the support and service they give, as we are the home to an Army installation (Rock Island Arsenal). We are also close enough to witness those who continue to face financial challenges due to high unemployment rates after their transition from active duty and the economic challenges their families face due to the persistence of the COVID-19 pandemic and its economic impact.  This endeavor honors the commitment of veterans while strengthening our community service to one another!  It’s about honor.  It’s about a place to call home.”

The home is sponsored by donations from Estes Construction, Sisters of St. Benedict, United Way, Modern Woodmen of America and First Baptist Church in Molein.  Humble Dwellings is providing all the home’s furnishings.

The other homes that will become Honor Homes are as follows:

The James O’Melia Jr. Award is considered the highest honor that Rock Island High School bestows on student athletes. One male and one female receive the award each year.

Emily Allison, a dual-sport athlete, has accomplished many accolades in volleyball as a 4-year Varsity Letter winner, who was named twice to the Quad City Times All-Metro Volleyball 1st Team, was selected an Illinois-Iowa All-Star, was named Western Big 6 All Conference 1st Team and was selected team captain her junior and senior years. Allison is also a 3-year Varsity Letter winner in basketball and a member of the Lady Rocks Elite Eight Basketball Squad that finished the 2018-19 season 30-2. Allison was also named to the Booster Club Thanksgiving Tourney All-Tournament Team and was selected as team captain her senior year. She is an outstanding scholar earning four IHSA Scholastic Awards, 4 Western Big 6 Academic Awards, and was designated a Charles O. Austin Jr. Scholar her senior year and was a 3-year member of the National Honor Society.

Dual-sport athlete Marieon Anderson is a 3-year Varsity Letter winner in football and set Rocky’s school record in receiving touchdowns and was named by Western Big 6 as 1st Team All Conference in football on offense and defense. He was also named by the “PrepZone” to their 6A 2nd Team All State Offense. In basketball, Anderson earned 3 Varsity Letters and received All-State Honorable Mention and Illinois Basketball Coaches Association All-State Special Mention. He was also named Western Big 6 All-Conference 2nd Team. As a student, Anderson served as a member of the Student Council and was a member of the African American Heritage Club. He also served on a community panel on the Rock Island Police Community Relations Commission Board.

Negocios Now, a national award-winning publication focused on Hispanic business, has included Group O in its annual list of 50 Most Powerful Hispanic Businesses in its recent edition of “Who’s Who in Hispanic Business.” The list consists of top Hispanic-owned businesses making a clear difference in this country. Gregg Ontiveros was recognized for turning Group O from a $50M business in 1999 into the $900+M diversified services firm it is today thanks to his entrepreneurial spirit and can-do philosophy. Ontiveros leads with a hands-on approach, remaining very involved in all facets of Group O’s daily operations.

As the principal owner, Mr. Ontiveros has provided the vision necessary to attract marquee clients that represent a veritable who’s who of America’s most respected brands including AT&T, Michelin, PepsiCo, Caterpillar, and Samsung.

Throughout his career, Ontiveros has mentored Hispanic and other minority and non-minority business owners and entrepreneurs. He has been candid about his lessons learned and is supportive in offering advice, referring individuals to other key contacts, collaborating to determine business opportunities with Group O, or matchmaking them with other businesses.

“It is an honor to be included among so many other accomplished businesses,” Ontiveros said of Group O being named to the list. “As a business process outsourcer, Group O is an extension of our clients’ brands, and this recognition further strengthens our ongoing commitment to their success.”

Davenport Schools students are excelling at a new kind of sports competition, one that takes them to different realities, finds them in battles with monstrous creatures, and pits them against daunting tasks that sometimes defy the very laws of time and space.

Esports, competitive video gaming, has become a huge industry over the past decade, with many schools across the world founding their own teams to compete against rival schools.

During that time, Davenport Community School District has become one of the top esports programs in the country – and it’s more than just a bunch of kids sitting around eating Takis, talking smack, and playing Fortnite. The gamers in the DCSD esports program are Iowa State Champions, with over 150 student participants, and over $1.2 million in esports scholarship offers since the group’s inception in 2018.

Esports is one of leading extracurriculars at DCSD in terms of student and classroom engagement, with one of the fastest growing programs in the state, one which has gained national recognition.

Alene Vandermyde is TLCS Tech Innovator at DCSD and the founder of the state-wide organization for high school esports, a robotics coach who became a gaming guru. 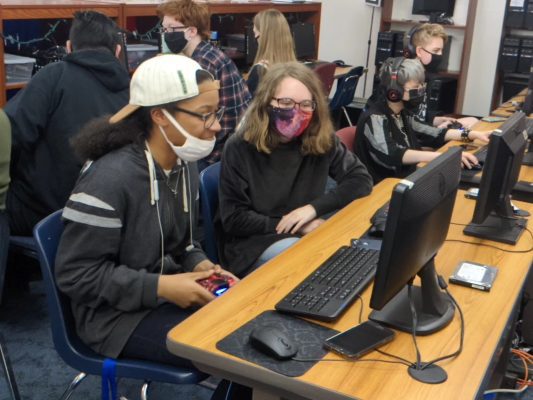 “It all started in 2018, when one of my students, Matt Runke, asked me to be the teacher-sponsor for his HSEL League of Legends team,” Vandermyde said. “After this experience went poorly, we talked about other options and things we could play through. We, then, participated in several in person competitions over the next fall semester.

“As we found ourselves wanting a great experience in competition, I decided, in the Spring of 2019, to send an email to every athletic director in the state to see if they wanted to join up and make an esports organization. It was then the Iowa High School Esports Association was born. I served as Planning Team Committee Chair and then as inaugural president of the organization. As my term ended as president, I stepped into the national conversation.”

Davenport Community School District has likewise followed into that esports dialogue across the country.

“We have won two state titles, 2019-2020 school year, we won the Fall Smash Brothers: Ultimate state championship and the Winter Overwatch state championship. We have been to the playoffs an additional three times in the past two years,” Vandermyde said. “We compete in two titles per season with three seasons. Games are played with all our students at our school against other schools that are also all together – just against each other online. We livestream these matches, right now, at bit.ly/dchslive.”

As the program has leveled up, DCSD, and Vandermyde, have been honored in a number of other ways.

“I have won the 2020 National Association of Esports Coaches and Directors (NAECAD) High School Director of the Year,” Vandermyde said. “I founded the Iowa High School Esports Association in 2019, serving as the Planning Committee Chair and then inaugural president for the 2020-2021 school year. From there, I was elected to serve as the Iowa representative on the National Planning Committee and am now a founding member of and was elected unanimously by my state level peers to serve as inaugural president of the Interstate Scholastic Esports Alliance (the national org for K-12 associations). I serve on the advisory board for NAECAD and have served as a master clinician for new esports coaches for Esports Canada and NAECAD.

“In addition, I have presented at multiple conferences on esports on topics ranging from starting your own team to addressing toxicity in esports.”