This Week In Artists In Conversation: Books To Spark Your Creativity To New Heights Hi. Hello. I am an artist. You are an artist. And this is a conversation. So, technically it’s still Artists in Conversation… right?… This week’s feature has a little different slant to it. If you’re like me, 2020 took a toll on many aspects of your life and if you’re like me, you were always looking for some inspiration or something to keep you going. One of the things that helped me through were some projects, I guess (Circa’s Music on the Marquee comes to mind), but mostly… books. I wanted to share my top 5 books for artists for a troubling time, or anytime really. My... Read More 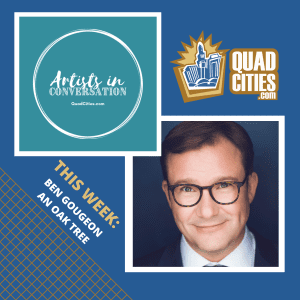 ARTISTS IN CONVERSATION BEN GOUGEON – An Oak Tree   Ben Gougeon, a graduate of Western Illinois University’s MFA Acting program (2007), moved to the QCA in the fall of 2019. Before relocating back to the Midwest, he had spent the last decade plus working in New York City as an actor, having appeared on TV shows such as the Emmy Award winning The Marvelous Mrs. Maisel, Law & Order: SVU, The Blacklist, Bull, and HBO’s The Deuce, where he performed with Oscar nominated Maggie Gyllenhaal. He’s performed Off & Off-Off Broadway, at the Metropolitan Opera, and on stages in almost... Read More

This Week’s Artists In Conversation Is Jacqueline Isaacson, Director Of ‘Murder In Green Meadows’ This Week’s Artist In Conversation Is Actor Kurt Oberhaus!

Meet Michael Alexander of Black Box Theatre’s ‘I And You’ In QuadCities.com’s Artists In Conversation 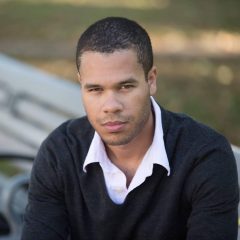 Meet Kermit Thomas Of Playcrafters’ ‘The Piano Lesson’, Our Artist In Conversation 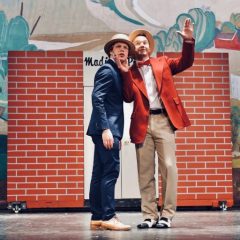 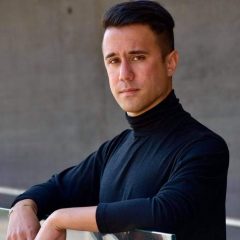 Kira Rangel Is Quickly Making An Impression With Quad-Cities Audiences