Home › Columns › Sean Leary › Forget QAnon, Let’s Recall The ’90s Celebrity Who Admitted To Being Possessed By The Devil

Between QAnon and the fashion return of flannel and ripped jeans, two of the hottest upcoming trends in pop culture seem to be ’90s nostalgia and the belief in a bizarre conspiracy about celebrities secretly possessed by demons.

However, once upon a time, back in The Era of Cellphones The Size Of Bread Loaves, there was a celebrity who actually admitted that yes, he 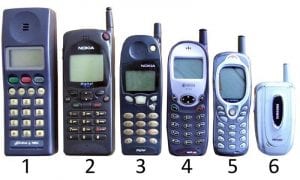 “Hello, Egyptians? Was it really aliens who built the pyramids?”

was once possessed by demons, although he was also cured.

The Lord may work in mysterious ways, but the the way the devil works is obviously just plain strange.  For example, God has been known to communicate to we humans through burning bushes, the angel Gabriel and his son, Jesus Christ.  And beezlebub?  Well, apparently, he’s been sending us messages through the song “I Adore (Mi Amor).”

Yes,  Bob Larson, an alleged exorcist, whose alleged exorcisms can be seen here, claims that one of the people he exorcised was Kevin Thornton — a singer with the group Color Me Badd.

For those of you who don’t remember which member was which in Color Me Badd (and that’s likely most of you), Thornton isn’t the lead singer with the bad facial hair who kind of looked like the devil — that is, if the devil used a lot of styling gel. Thornton is the African- 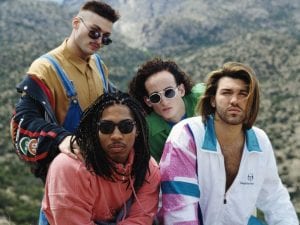 And you thought mumblerappers looked cool, check this ish out! Kickin’ it old school!

American guy with the dreads, the cheesy mustache and the flamboyant, “devil-made-me-wear-it” fashion sense.

Recently, on the radio show Coast To Coast AM, Larson talked about his encounter with Thornton, claiming that he didn’t even know he was a singer in a band until he talked with “K.T.” after the ministry shindig/demon-casting-out-soiree. After describing the event, Larson played a tape of the demon speaking through Thornton. The voice was cold and gutteral, and the wicked words it growled kind of sounded like this:  “Tick-tock, you don’t stop-stop, to my heart/Tick-tock, you don’t stop-stop, to my heart/Oooo-oooh-oooh-oooh-oooh-oooh-oooh/I Wanna Seee-exx You Up…”

Now, of course, I’m kidding. (Or AM I????) Seriously though, when I first heard this news, it was a real shock. Before, I just thought the “Badd” in Color Me Badd was a description of the group’s music, but now, I guess it was supposed to mean bad in the evil sense. I’m assuming the second “d” was added as initialed props to the devil. And to think, some religious types only accused groups like KISS (Knights In Satan’s Service), AC/DC (Against Christ/Destroy Christ) and Black Sabbath (Black Sabbath) of having wicked messages hidden in their names.

Other evidence of diabolical powers at work: Color Me Badd backwards is “Ddab ’em, Roloc!,” which sounds like something very wrong that 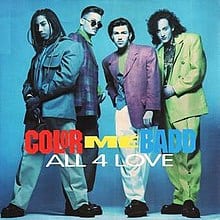 The b-side was “All 4 Stone Washing.”

Of course, this could all be bogus. “K.T.” could just be the victim of a hoax, or a co-conspirator in the perpetration of one. CMB hasn’t exactly burned up the charts in about, oh, three decades. Maybe this is a publicity stunt, or maybe Kevin needed to pay some bills, so he took a job playing the part of a demon-possessed person so Larson could publicly “heal” him.  After all, the source for all of this is highly dubious. Larson is a televangelist of the Benny Hinn persuasion, best known for his weekly Trinity Broadcasting TV show and his appearances on such revered and strenuously fact-checked daytime programs as “Montel” and “Sally Jesse Raphael.”

During his time on Coast to Coast, and for days afterward, visitors to the message board ripped into Larson, calling him a charlatan at best and a grifter at worst.  However, nobody really said anything about “K.T.’s” role in the whole enchilada.

So, I checked out the official Color Me Badd website, to see if, by chance, it could shed some light on the facts of the situation. I thought that maybe Thornton’s bio would include an entry saying, “Kevin’s career as a singer in Color Me Badd was cut  tragically short when he was possessed by a gravelly-voiced demon in 1995. While the physical symptoms of the infestation gave his live performances a new energy — who could forget the time he spun his head around completely during an encore in Dallas! — his new, ragged vocal style left him unable to hit those high notes anymore. His former bandmates wish him all the best!” 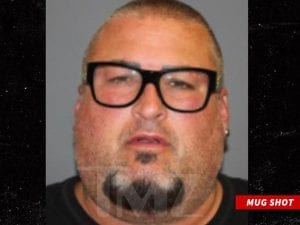 However, digging deeper, which we hard-hitting investigative reporters do when dealing with information this important, revealed that indeed Kevin had said he had battled “demons” and had turned to Jesus and away from his past.

Good for you, Kevin Thornton. You go, Glenn Coco!

However, I also found out that Thornton should probably offer an exorcist’s business card to his fellow bandmate Bryan Abrams. Two years ago, bandmate Mark Calderon was hospitalized after being victim of an on-stage attack from Abrams, who was drunk and according to witnesses (and video) was screaming “I’m “I’m motherf—ing Color Me Badd!” after he shoved Calderon. Looking at his mug shot, Abrams probably should’ve been yelling “I’m fluffernuttering Color Me Type 2 Diabetes!” but, ya know, details.

I offer Abrams, and his band members, my most sincere thoughts and prayers.

Sean Leary
Sean Leary is an author, director, artist, musician, producer and entrepreneur who has been writing professionally since debuting at age 11 in the pages of the Comics Buyers Guide. An honors graduate of the University of Southern California masters program, he has written over 50 books including the best-sellers The Arimathean, Every Number is Lucky to Someone and We Are All Characters.
See More Articles From Sean Leary
Advertisement
Tagged: '90s cellphones90’sall 4 loveart bellbob larsonBryan Abramsbrynne larsonCoast to Coast AMColor Me Baddconspiracy theoriesdemonsexorcismexorcismsGeorge Nooryi adore mi amorei wanna sex u upilluminatikevin thorntonmark calderonqanonthe '90s