Sean Leary October 24th, 2021 Sean Leary, Rock Island, Moline, LGBTQ, Hispanic News And Features, Entertainment, Editorial, East Moline, Davenport, Asian-American News & Features, African-American News & Features, Arts & Entertainment News Share:
Diversity in the arts is the latest hot topic on the Quad-Cities arts scene, and it’s certainly a welcome one, as the discussion has long been overdue. There is a definite shortage of minority voices across the arts spectrum, and that needs to be corrected. The only way it will be corrected is by it being acknowledged and addressed.
Some groups have certainly been doing so, and deserve credit for it. Tristan Tapscott’s The Mockingbird On Main has been one of the most

forward thinking theaters on the subject, with casts and shows that have distinctly featured minority performers and creatives. I’ve seen other groups working towards that for a while as well, as Circa ’21 and The Speakeasy have long been making outreach to broaden the diversity of their casts, as have Playcrafters and Black Box Theater, among others.
However, while we’re on the subject of diversity in the arts in the Quad-Cities, let’s talk about ECONOMIC diversity as well, which is actually a bigger and more important topic. Because when it comes down to it, the best intentions are still just intentions, and it takes money to make them a reality.
I’ve been covering the arts here for over two decades, and along the way I’ve written and edited countless stories about grant monies and donations going out to area arts groups from altruistic organizations. And one thing I see over and over are the same names, the same groups, getting money.
Now, certainly, some of those groups desperately depend on those dollars. They don’t draw a lot of people, they’re true not-for-profits, and they provide needed creative expressions and experiences to our area.
But some also do not. Some groups and facilities around here are doing just fine, with endowments and people leaving them money in their wills, etc. And it would be nice to see the money otherwise going to the latter end up with groups that need it far more.

There are a number of arts entrepreneurs around here who are getting by on hard work and hustle, and are often struggling to make ends meet. It would be cool to see them starting to get more money. That’s what keeps the arts scene diverse and vibrant, having a bigger tent, a 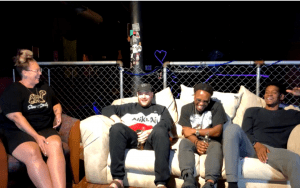 larger number of voices, having a platform.

Along those same lines, there are a number of minority-run groups I’ve seen that haven’t been able to make it, that would’ve been able to make a real impact on the local scene if they had the financial backing to do so.
Now, what do these groups have in common, and how does it fit into the larger discussion going on now in regard to diversity in the arts?
Many of these smaller groups don’t have specific people hired to write applications for grants, to seek out and solicit grant money and donations, and to follow through on the functions necessary to continue to get those grants.
Most of those groups are run by a couple of folks working their asses off just to get by, to get their shows out, to keep their places running. A lot of them don’t have time to adequately publicize their events, let alone seek out grant money and go through the arduous process of applying.
However, that doesn’t cover ALL of these groups. Some of them HAVE applied for grants, and been denied.
Shellie Moore Guy, who has considerable experience in this matter, commented on this column after I initially posted it, and added the following comment (which I’m now adding to the column because it’s a good point): “Smaller organizations, which doesn’t necessarily mean, new or without knowledge of grant writing. have written grants and not received the funding… I say this because it would be a mistake for people to believe it is always about lack of knowledge.”

While we’re talking about this in regard to underrepresented communities, I think there needs to be more of an outreach of folks with grant monies and other available cash to these smaller groups, and these minority-run arts organizations. There needs to be more of a recognition that if there are limited monies, perhaps it best serves the local arts communities to allow the better funded groups to get by on their own in regard to certain requests, and to give that money to groups for whom it would make a far bigger impact.
When I see something like The Spot in Rock Island — a minority-owned business providing vital programming to a minority community — go under, while I also see another group sitting on a pile of cash just chuck another grant onto the pile, there’s something wrong.
That something needs to be addressed.
And if people are genuinely serious about wanting diversity in the arts, if the virtue signaling is going to be followed by virtue, particularly of the economic sort, the kind that really makes an impact, then there needs to be more of an outreach to make it happen.