Home › Arts & Entertainment News › Theatre › Is Comedy Sportz Coming Back To The Quad-Cities?

It hasn’t been 100 percent confirmed, but, according to inside sources, and a crapton of cheeky memes being pushed out on social media, a new improvisational comedy group based upon the old Comedy Sportz troupe — and possibly also called Comedy Sportz — featuring many of the same performers is coming back to the Quad-Cities.

The memes, all with a sports theme, began being pushed out last week, by a number of local improv comedians who had been involved with Comedy Sportz, including bigwigs Jeff DeLeon and Rick Davis.

When DeLeon was contacted about what seemed to be an obvious nod to Sportz returning, he responded with some sly emojis putting the question off. One of the cheeky memes teasing the return of Comedy Sportz.

When Davis was contacted, he replied and asked if we could talk on Tuesday, Aug. 16, which, according to the memes, is the day the official announcement is going to be made.

However, when Patrick Adamson, a former owner and operator of the Quad-Cities franchise, along with his father, Jeff, was contacted, he sent me the following statement:

“Our family has been involved in the daily operations of ComedySportz Quad Cities from 1993-2019. We loved being stalwarts of the entertainment scene during that time. The impact of the performers, audience, and community in our lives is fondly remembered. It became apparent in 2019 that the shift towards digital and streaming entertainment had out paced an live improv concept from the early 1990’s. In 2019 the decision to close CSzQC was made. Since then we have performed only to scratch the artistic itch and not to be in the “show business”. The Adamsons are not a part of ComedySportz anymore. We are not involved with whomever is fondly remembering the joy they had performing in our company, show, and culture.” 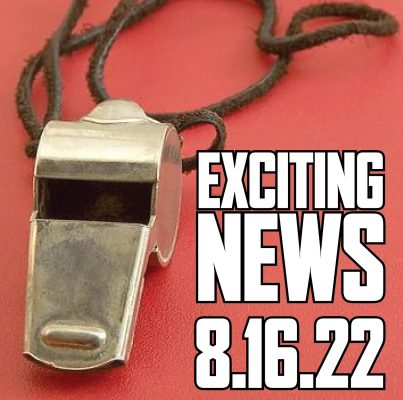 Exciting news coming tomorrow… and everyone is guessing it has to do with Comedy Sportz returning in some form.

Given the response of Patrick and Jeff, and that Comedy Sportz is a national franchise, there’s some question as to whether the troupe would
call itself Comedy Sportz or pay to use the franchise label, or just do their own thing under a different banner with the same family-friendly competition and games.

There’s also been talk that the new troupe would begin performing with Moline’s Spotlight Theatre as their home base. That makes sense given that Spotlight owner Brent Tubbs was a former member of the Sportz troupe. The last location for Sportz, the Establishment theatre in Rock Island, has been taken over by the Center For The Living Arts, and the one before that, the Speakeasy in Rock Island, is pretty much jammed with entertainment. DeLeon does have ties with Lora Adams, owner of the Blackbox Theatre in downtown Moline, and they have been performing improv nights there as well, so Black Box could be another potential landing spot.

None of the people involved would confirm or deny when asked about the situation, but former performers have been posting winking memes about the return on Aug. 16 since last week, and when contacted, members were coy.

So will Comedy Sportz return? Will it will be a sportz-style improv troupe that does family-friendly shows, competitions, and
more but isn’t named Comedy Sportz?

Regardless of what this ends up being, it’s GREAT NEWS for the Quad-Cities. Comedy Sportz-style humor was a fantastic addition to the local arts scene for a long time, and any time you can give more stage life to such a vast array of talented performers and comedians, that’s a fantastic thing for the local creative scene. Whatever these folks are doing, I wish them very well in their endeavors and I very much look forward to seeing them on stage again!

I’ll have more details … you guessed it — tomorrow! 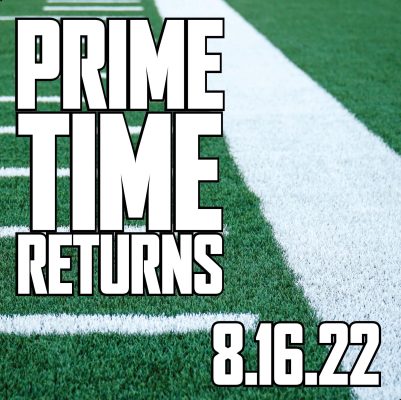