Home › Columns › Sean Leary › Iowa’s Bix Fest Might Be Fading Away, But There Was A Time When His Jazz Was King

Iowa’s Bix Fest Might Be Fading Away, But There Was A Time When His Jazz Was King

The Bix Beiderbecke Jazz Festival opens today, running through Sunday at the Rhythm City Casino in Davenport, and, let’s be honest, it’s got an air of stodgy nostalgia to it.

The Bix Fest was once a much bigger deal, an outdoor and indoor festival at a number of different venues, featuring bands from all over the world. Now it’s confined to a smaller space, in a smaller venue, one which has a built-in audience of people coming there for gambling and other attractions. If ’80s and ’90s Bix Fest was when it was celebrating its heyday, this is, well, it’s not quite “Puppet Show and Bix Fest,” but it’s “right sized,” so to speak.

That’s not to say the music is terrible or the fest is terrible or the people running it don’t deserve credit for their efforts. But, it is what it is. The world has changed, and while there are still some die-hard Bix fans around, as the years go on, there are fewer and fewer of them. Hence the downscaling of the event over the years, even as the ironically named Bix 7 race — always interesting naming a race after an alcoholic jazz musician who was never known for his physical fitness — has become bigger and bigger.

There’s also been the recently surfaced accusations against Bix, going back to when he was 18 and was arrested in Davenport for a “lewd & lascivious act” with a five-year-old girl.

That arrest had been bandied about for a while, but didn’t really emerge into the zeitgeist until the past five years or so, during at time in which assaults were certainly looked at much more harshly, although really, when has there ever been a time when allegedly assaulting a little blind girl been looked upon with anything other than deserved scorn?

A while back, I wrote a column talking about those accusations, and asking whether perhaps the Bix fest should be renamed or rebranded, maybe after another world-famous local son who went on to massive fame in the jazz world, Louie Bellson. But while that would certainly satisfy the aesthetics of that particular detail of it, given Bellson’s spotless reputation, it wouldn’t resolve the bigger issue — that jazz just isn’t anywhere near as popular as it used to be, and that a jazz fest in general, particularly one named after a long-dead cult musician regardless of his birthplace, is a really tough sell.

It just goes to show you how trends change.

Because at one point, jazz was the bad boy of music.

For generations raised on the theatrics and power of rock ‘n’ roll, jazz seems like the tired, old music of Grandpa. To listeners who have been inundated with everyone from Elvis to Iggy Pop to Marilyn Manson, a bunch of guys in straw hats playing bluegrass, or a bunch of old-timers tooting out the brass, seem like a ho-hum walk in the park. “It’s too proper. It’s too stuffy. It’s too boring,” people say as they watch a video of Lil Nas X gyrating with Satan and listen to Travis Scott rap about the Illuminati.

Militant jazz fans don’t help outsiders’ perceptions, either. Jazz is so revered and pretentiously feted by the jazz intelligentsia as “the only American art form” that even people who are somewhat interested in exploring it automatically feel like outsiders who can never belong to the club. It’s as if they’ll be shunned like lepers unless they can recite the set list for every Miles Davis show on command.

But it wasn’t always that way.

Now, jazz is slapped by rock and pop fans as the black-clad neo-beatnik poseur or the bear-fur-coated geezer of the music world. But it was once the bad boy. The music parents hated. The punk rock of the ’20s.

When jazz first burst upon the scene in the 1900s, it was violently opposed by mainstream culture. Its wild rhythms, its association with liquor-serving dance halls, its popularity with teens and its origins in the music of — “Gasp! Black people!” — were all reasons for it to get nailed with a scarlet letter by the musical and social mainstream.

In fact, during that time, several alarmist articles were written by major newspapers. In retrospect, they sound hilarious — goosing the same kind of laughter that movies like “Reefer Madness” or “Blood on the Highway” do. 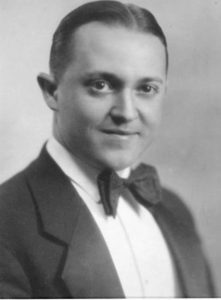 Courtesy of the Catfish Jazz Society, here are some amusing tirades against jazz — the music that caused you to uncontrollably become a drug-crazed, insane, stupid sex maniac back in the bad old days.

From the New York Times in 1922 comes an article titled “Musician is driven to suicide by jazz; Wouldn’t play it, couldn’t get employment.” It boasts these bon mots: “His fellow lodgers at 124 E. 31st St. said yesterday that jazz was responsible for the death of Melville M. Wilson . . . Apparently Melville was quite the maestro of the scene, but then came jazz. The old man revolted. He wouldn’t insult his cello, he said, nor the old melodies he had played so long and loved so well . . . Jazz was everywhere and no one seemed to have any use for Wilson and his cello.”

Of course, suicide was the only alternative.

But out-of-work cellists were only a drop in the bucket compared to the moral decline of an entire generation of females. An article in a Chicago paper blasted: “Jazz Ruining Girls, Declare Reformers.”

Yes, those reformers, always so in touch with popular culture.

Dated Jan. 21, 1922, the story wove a sorry tale of innocent girls ensnared by the satanic music of jazz: “Moral disaster is coming to hundreds of young American girls through the pathological, nerve-irritating, sex-exciting music of jazz orchestras, according to the Illinois Vigilance Association.”

Wasn’t the phrase “sex-exciting” used in an ad for a Pamela Anderson tape? Anyway, let’s continue . . .

“In Chicago alone, the association’s representatives have traced the fall of 1,000 girls in the last two years to jazz music.

“The degrading music is common not only to disorderly places, but often to high school affairs, to expensive hotels and so-called society circles.

“Girls in small towns, as well as big cities, in poor homes and rich homes, are victims of the weird, insidious, neurotic music that accompanies modern dancing!”

I don’t know how, but somehow people managed to pull it together, win World War II and turn America into a superpower. I guess they were just all polka fans.

Now, of course, we laugh at these stories. They’re funny. They’re quaint. We live in a more enlightened time. We know jazz has none of these effects. It can’t turn you into a violent, demented, perverted misanthrope.

Now we know only rap music can do that.