Iowa’s Bix Fest Might Be Fading Away, But There Was A Time When His Jazz Was King 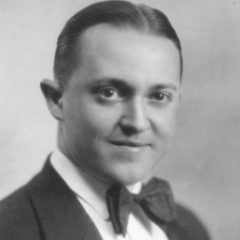 The Bix Beiderbecke Jazz Festival opens today, running through Sunday at the Rhythm City Casino in Davenport, and, let’s be honest, it’s got an air of stodgy nostalgia to it. The Bix Fest was once a much bigger deal, an outdoor and indoor festival at a number of different venues, featuring bands from all over the world. Now it’s confined to a smaller space, in a smaller venue, one which has a built-in audience of people coming there for gambling and other attractions. If ’80s and ’90s Bix Fest was when it was celebrating its heyday, this is, well, it’s not quite... Read More