In response to the Sept. 11, 2011 attacks, rocker Bruce Springsteen implored us to “Come on up for the rising.” In his 2015 musical “Hamilton,” Lin-Manuel Miranda implored others to “rise up.”

Goodwill and United Way in the Quad-Cities are both picking up the hopeful, aspirational “Rising” theme in two new initiatives, aiming for a better post-pandemic world for us all.

Goodwill of the Heartland (which serves 19 counties, including the Q-C) is part of the new national “Rising Together” effort.

Goodwill, the leading workforce provider in North America, on Tuesday announced a new, first-of-its-kind coalition called Rising Together, which will work to create an equitable economic recovery and provide job seekers with the skills and supports needed to access sustainable jobs.

Joining Goodwill with a goal of empowering one million people to access sustainable careers by 2025 are Fortune 50 companies and global philanthropic and business leaders, including the Anthem Foundation, Coursera, Google, Indeed and Lyft.

Together, Goodwill and its partners are providing resources to address the widening skills gap and the negative impact of the economic downturn brought on by the pandemic. The Rising Together coalition will provide a combination of workforce services and supports, as well as build and expand upon programs that address the inequities and systemic barriers facing workers in our society the most, according to its release.

According to the U.S. Department of Labor’s Bureau of Labor Statistics, 2.3 million women have left the labor force, a phenomenon that is being called the “shecession,” and many others remain out of work and without the skills needed to gain new employment. Nationwide, pandemic-related job loss has also had a disproportionate impact on Black and Hispanic men and women as well as those who do not have post-high school education.

In Iowa, the disparity in unemployment claims by gender over the course of the pandemic began in April of last year. According to U.S. Department of Labor statistics, at that time women comprised 56.6% of people collecting unemployment insurance, while men accounted for 40.9%. Although the disparity reported decreased during 2020, the cause is not that women were entering the workplace, rather, it was due to women leaving the workforce entirely. Minorities in Iowa have also been negatively impacted.

The new coalition will use its combined hiring strength to support the holistic needs of job seekers — from providing essential transportation and broadband access to offering training opportunities and job search skills.

Rising Together jump-starts a vision for a future where there is a pathway to opportunity that is accessible by all. Together with Goodwill:

“As we celebrate Mother’s Day, millions of women, mothers and families across North America are struggling, even as the country works 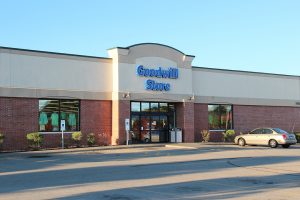 toward recovery,” said Pat Airy, Goodwill of the Heartland CEO.

“We believe that everyone deserves the opportunity to thrive in life, but, today, too many people are left out of that opportunity,” she said. “We must ensure that people can equip themselves with the skills they need to compete for jobs in a changing economy. The Rising Together coalition is providing training and other critical services directly to the communities who need them the most.”

Goodwill of the Heartland serves 19 counties, including the Quad-Cities area.

In December 2020, it announced a donation of $10 million from billionaire writer and philanthropist MacKenzie Scott as part of over $4 billion she presented to 384 organizations across the nation.

This was the largest single gift to Goodwill of the Heartland in its 55-year history, the nonprofit said in a release. The investment came at a time when more than 10 million Americans are unemployed and urgently need help finding their next jobs.

Goodwill is dedicated to closing the skills gap and eliminating the associated challenges created by inequities. “This generous gift will be used to help those who need it the most, including people of color, low-wage workers, workers with low educational attainment, people with disabilities, veterans and people impacted by the criminal justice system, among others,” the organization said then.

The community-wide launch of “Rise United” will start at 9 a.m. Thursday, May 6 at Deere & Company’s Moline headquarters.

achieve measurable improvements in education, health and income in 10 years.

The Rise United initiative is designed to help all Quad Citizens, regardless of race or ZIP code, have the opportunity and access to achieve their potential.

Students who have fallen behind in reading by third grade are four times more likely to drop out of high school – all but eliminating their successful pathway to college or career, according to United Way’s Facebook page.

“We know that TOGETHER we can RISE UNITED to achieve more success for generations to come,” the group says. The new community-wide initiative will launch May 6 at Deere & Company World Headquarters, One John Deere Place, Moline.

The featured speakers will be:

You can register to watch a livestream of the event at https://www.unitedwayqc.org/civicrm/event/register?reset=1&id=96.