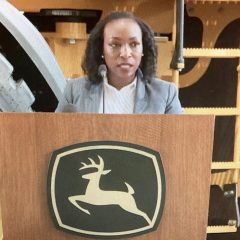 At Deere & Company’s world headquarters in Moline Thursday morning, Dr. LaDrina Wilson recalled the wisdom and importance of the African proverb, “It takes a village to raise a child.” That’s a key concept behind the new “Rise United 2030” campaign launched Thursday by United Way Quad Cities. Wilson, the founder/CEO of Iman Consulting, is one of three chairs for United Way’s 2021 Community Campaign, with Caitlin Russell, Senior Vice President at Russell, and Chad Everitt, Managing Director at Deloitte. The campaign tri-chairs will formally kick off fundraising efforts in August,... Read More 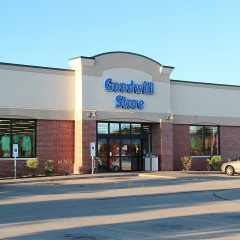 In response to the Sept. 11, 2011 attacks, rocker Bruce Springsteen implored us to “Come on up for the rising.” In his 2015 musical “Hamilton,” Lin-Manuel Miranda implored others to “rise up.” Goodwill and United Way in the Quad-Cities are both picking up the hopeful, aspirational “Rising” theme in two new initiatives, aiming for a better post-pandemic world for us all. Goodwill, the leading workforce provider in North America, on Tuesday announced a new, first-of-its-kind coalition called Rising Together, which will work to create an equitable economic recovery and provide job... Read More