The Planet is returning to local airwaves — along with one of the original voices of its galaxy. 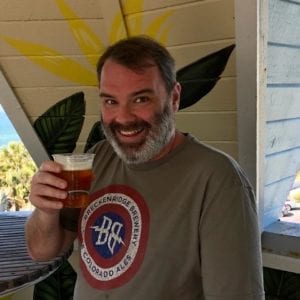 Dave Levora and Darren Pitra will return to the morning radio airwaves 5:30 to 10 a.m. Thursday on 93.9 FM with a new alternative rock format replacing that station’s eclectic Jack format.

The alt rock playlist will echo that of Planet 93.5, the popular station that drew strong numbers during the alternative rock-ruled ’90s.

Levora was recently fired from his gig as morning guy at WOC-AM, Pitra had been a free agent since being let go from Townsquare Media in 2016.

Levora worked for Planet in the ’90s while Pitra was the morning guy, with co-host Dana Piper, on 97X during that time.

In 2004, Dave and Darren teamed up and enjoyed a strong run for a decade as the morning team on Rock 104.9 before getting cut from that gig when the station switched its format to country. It’s since switched again to KIIK 104.9, greatest hits of the ’70s, ’80s and ’90s. 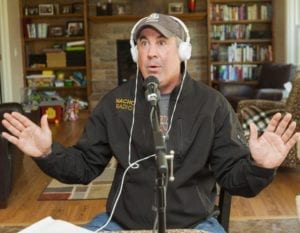 After that, the duo paired up for the Nacho Radio podcast, and Levora went on to a new TV gig with WQAD, “Brewed,” in which he toured area brew pubs.

Two years ago, Levora was hired on as the morning guy for WOC, but he was cut loose during the massive iHeart Radio purge nationwide in January.

The new Dave and Darren show promises to be much like the old one, with the same irreverent humor and a mix of solid alternative rock songs. The duo will program their own music on the station, which is locally owned by area entrepreneur Fletcher Ford’s Regional Media.

There’s no word on whether popular show guest Spank The Monkey will rejoin the team.

The acidic and tempermental star of “Spank: One Night, One Monkey,” was a regular guest of the Dave and Darren Show. After an acrimonious break with Levora and Pitra, and several stints in rehab, not to mention a short-lived and disastrous thruple marriage to Lindsey Lohan and