BREAKING NEWS: The Quad Cities’ grassroots music festival “Dawn and On” revealed their talent lineup on Tuesday for their 2021 event, taking place on July 10, 2021 at Schwiebert Park in Rock Island. 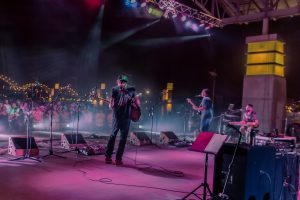 This will mark Dawn and On’s second festival at Schwiebert Park (2020 was cancelled due to COVID) after hosting their first 4 years in Moline..  Tickets will be $20 via presale and at the gate with children 12 and under free. 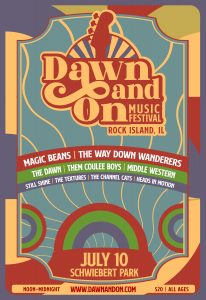 Festival co-director Mike Mathews added, “There were a lot of question marks when booking began, but we’re pretty stoked with how this lineup came together.  It should be a good one!”

Dawn and On Music Festival

Tickets: $20 (Available at Gate, online and presale locations to be announced)

The Way Down Wanderers