Home › Columns › Sean Leary › Today, On St. Hulk’s Day, I’d Like To Introduce You To The Many Sean Learys

Today, On St. Hulk’s Day, I’d Like To Introduce You To The Many Sean Learys

Today, I’m going to write about a brilliant creator and comedian.

Someone who has made a mark on the field of comedy and the arts.

Someone who is continuing to innovate and gain recognition and stardom on the national stage.

Not me, Sean Leary.

The other Sean Leary.

Well, one of the other Sean Learys.

There are actually a few of us.

And this week, I was once more reminded of that.

The message was short, and was initially kind of general and vague, along the lines of “hey, I’m trying to get ahold of you about some comedy business.”

And while I am a humor writer and have written some comedy shows and performed improv and stand-up, I’d hardly say that I’m a regular in the comedy business. So, I blew the message off.

Then he messaged me again. This time he was more specific. He said he was a talent booker and had heard of me and was looking to book me for a show in L.A.

It was at that point, I realized he was talking about THIS Sean Leary. 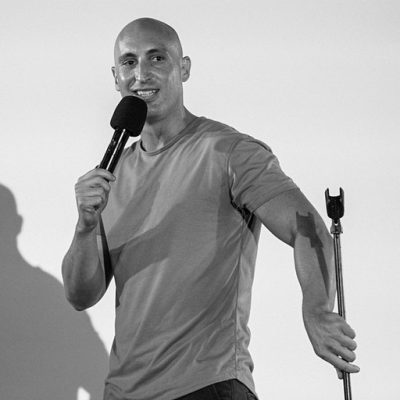 Another brilliant comedic mind going under the human name of Sean Leary? Oh, God, how could you bless earth so much?

The guy who IS in the comedy business.

I quickly set Norman Fink straight on this, and we both sort of remotely chuckled at the mistaken identity. I guess. We both typed “lol,” so whatever that counts for.

I was Googling myself.

That sounds worse than it really is.

I was going on the search engine Google and searching for mentions of me and my books, to see if I’d gotten any write ups or reviews, to add the links to my website.

There, that sounds better.

Oh yeah, and also searching for “pink haired Pokemon grunt in a bikini.” 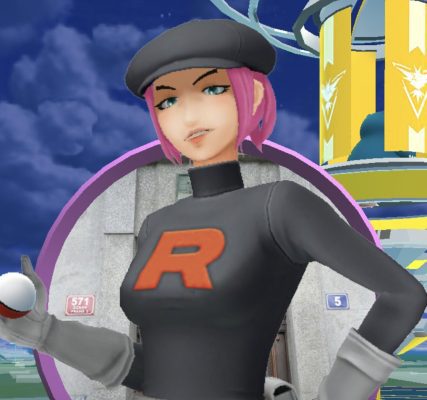 Oh no, wait, that part sounds much worse.

Anyway, in the midst of searching for any mention of my books, I found a whole world of other Sean Learys out there.

First and foremost is Sean “Stanley” Leary, who was a promising mountain climber who, sadly, died in a base jumping accident in or near Zion National Park in Utah in 2014. Seemed like a good guy, lot of people had a lot of nice things to say about him after he passed.

After Sean “Stanley” Leary, I show up in the searches, usually as “Sean Leary writer, author of over 50 books, etc.” so, that’s good. I’d rather be first, but, in honor of the fallen Sean Leary, I’ll cede that spot. 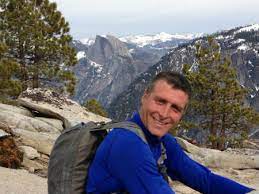 After me, there’s the third Sean Leary, Sean P. Leary, the former Lehigh baseball player and current Lehigh baseball coach, who has apparently had quite a career. If only I’d been able to ever hit a breaking ball, perhaps we could’ve been on the same team together and challenged the Klingons for interstellar domination.

After Sean P. Leary is another former baseball player (am I the only Sean Leary that went into soccer?) also named Sean Leary, who founded a web company called Sports Thread. 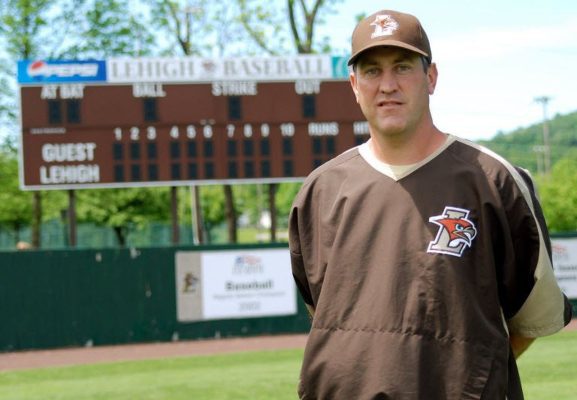 Sean Leary has had a hell of a career as a player and coach for Lehigh.

“Sports Thread is the first social network for the approximately 125 million participants in the $19 billion youth and amateur sports industry. Sports Thread has been ranked as a top 200 Sports App on the Apple App Store every day since March 2020. The Company provides functionality and value for anyone in the market through the variety of products and services it offers in its social network and SaaS platform. The social network allows players to promote their talents to college coaches and a nationwide audience as well as receive important team and event related information including game scores, schedules and practice times.” 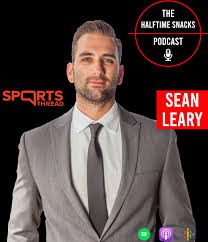 Now, and finally, after those two baseball-playing Sean Learys, we get to my most kindred spirit Sean Leary, the fellow comedy writer and comedian, Sean Leary.

He describes himself on his bio page thusly:

Sean Leary is a midwest bred, Los Angeles based comedian changing the game in stand up comedy. Sean & his girlfriend/comedian Anna Simeri have cultivated a major following with their successful run of pop up comedy shows at unique locations all over the country. Beach shows, house shows, gym shows, if there is space, Sean & Anna can make it into an incredible show. Sean has been featured on Fox’s Laughs, HULU, Fusion, competed in AGT Season 10, & has even opened a comedy club in his hometown of Brookings, SD which he runs remotely from Los Angeles. Anna & Sean are a powerhouse duo – now taking their talents to Hollywood with Good Aura Comedy – the hottest new show in the Los Angeles comedy scene!

Wow! Sean Leary has been on HULU! Damn, I need to start putting that in my own press materials. 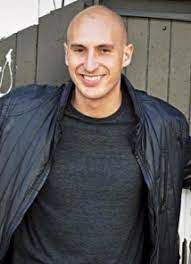 However, I would love to live in Los Angeles.

But just imagine the confusion for Norman Fink then! 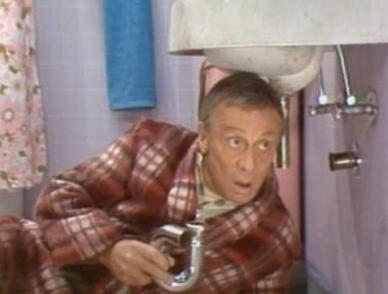 I think this is the episode with the misunderstanding.

And then every episode, there would be a misunderstanding, and Mr. Roper would overhear something out of context, and he’d think there would be something heinous going on, but there wouldn’t, and at the end of the episode, all would be revealed, and Mrs. Roper would say, “Geez Stanley, I wish you’d spend as much time getting it on with me as you spent eavesdropping on the neighbors, ya damn degenerate pervert!”

And we’d all laugh, and the audience would laugh.

And then Mr. Roper would slink back to his apartment, and go back to Googling “pink haired Pokemon grunt in a bikini.” 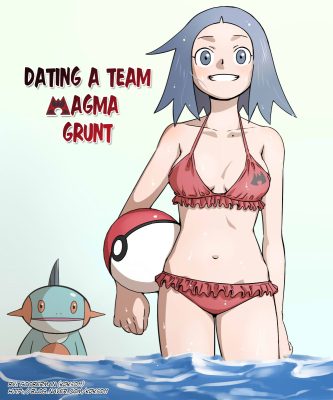 This exists, because, of course it does on the Internet.

And then I, the other Sean Leary, and the two baseball coach Sean Learys (who were guest starring in that episode), and Janet and Crissy, would shake David Banner’s hand and say, “Thank you, Hulk, for helping to show Mr. Roper the error of his ways in this misunderstanding, so that we may continue to live together in this beautiful Southern California apartment in peace and harmony and quality stand up comedy.

And David Banner would nod his head and smile, and then put his backpack over his shoulder, and walk away, away to the highway, where he’d stick his thumb out to hitchhike on to the next town where he, and the Hulk, would help people.

And THAT, my friends, is the real story of  The Day After St. Patrick’s Day.

Seriously. It’s a real holiday. You can look it up HERE. 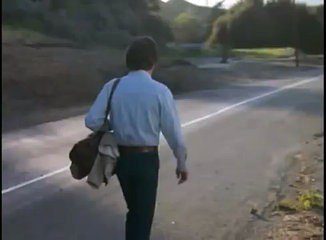