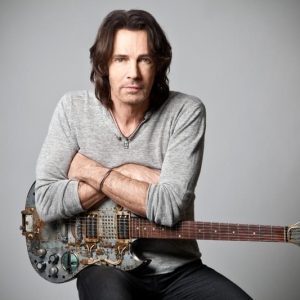 The dude who sang “Jessie’s Girl” – Rick Springfield – is coming to the Quad Cities! Before you say, “I’ve never heard of that song!”… You are lying and you are probably wanting to go see Rick belt it out! Although Rick Springfield’s music was frequently dismissed as vapid teen idol fare, his best moments have actually withstood the test of time far better than most critics would ever have imagined, emerging as some of the most well-crafted mainstream power pop of the 1980s. Springfield brings his rocking – and nostalgic -show to East Moline’s Rust Belt on... Read More 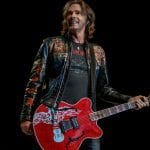 Everyone remembers Rick Springfield as easily as they recall the opening chords of “Jessie’s Girl,” one of the catchiest power pop tunes of all time, but Springfield has proven himself to be more than the sum of one stellar song, as he proved with energy and verve Aug. 12 at Moline’s I wireless center, during a massively entertaining 90 minute show. Springfield has always been an act I’ve enjoyed and touted to people as they’ve rolled their eyes, typically bogged down with the perception of him as a teen idol or a heartthrob actor from his time on “General Hospital,” but to anyone... Read More 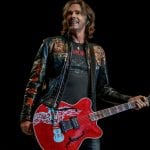 His songs are fueled by huge, infectious guitar hooks often subverted by deceptively dark lyrics. His autobiography seeps with tales of debauchery, depression and a failed suicide attempt. He’s narrowly escaped death at least three times, he once registered a handful of kills in a war zone and his commercial heyday was marked by striking post-apocalyptic videos directed by “Seven” auteur David Fincher. Is it Marilyn Manson? Trent Reznor? Nope, it’s Rick Springfield, who will perform with opening acts The Fixx and The Romantics at 7:30 p.m. at the I wireless center, Moline. For tickets and... Read More 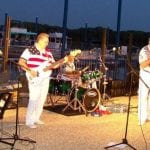 A Coupe De Ville, the man behind “Jessie’s Girl,” a little “Friday Night Magic” and more will be rolling into downtown Moline this weekend. Coupe De Ville, presented by United Health Care, cruises into The Plaza on August 11 at 7.  Put on your poodle skirt and saddle shoes, grab a cherry coke and get ready to party like it’s 1957! For a complete list of the Moline Centre Thursday Night Concert line-up click here. Join Acupoint Health Connection for a little “Friday Night Magic”, a fun-filled evening of comedy and magic geared for the entire family on August 12 at 7... Read More