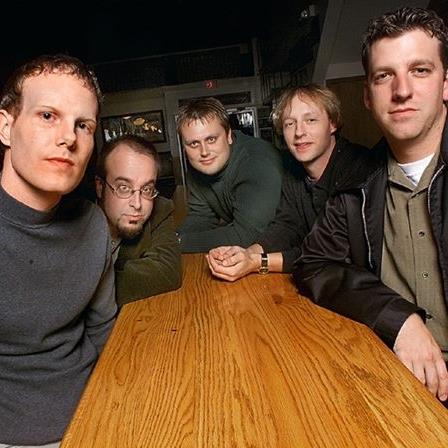 Einstein’s Sister began in the mid-’80s, when then-teens Kerry Tucker and Bill Douglas teamed up on various projects and became a popular acoustic duo around the area, Douglas and Tucker, with Tucker on guitar and vocals and Douglas as lead singer.

In 1996, the duo were joined by drummer Marty Reyhons, guitarist Steven Volk and bassist Andrew Brock to form Einstein’s Sister, releasing a self-titled debut album that gained considerable attention and got them signed to an indie record label where they recorded their follow up, “Oceanus.”

Unhappy with the label, they went DIY and released the critically-acclaimed power pop masterpiece, “Learning Curves,” in 1999, which got them airplay worldwide, including on MTV, and got them booked to various international festivals, including the International Pop Overthrow in Los Angeles. Another critically-acclaimed disc, “Humble Creatures,” followed two years later, and a “Best Of…” disc was released in Japan in 2003, after which the band went on an amicable hiatus to spend more time with their families and other careers.

The group periodically reunited for gigs, and Douglas and Tucker continued to play regularly out as an acoustic duo. Three years ago, they re-released a vinyl version of “Learning Curves,” to great acclaim, leading to the band reuniting to write the double-A sided single “Standing Still” and “Begin Again,” released in conjunction with the Sept. 26 Record Store Day.