The following was originally printed on Sean Leary’s blog, What The *&^%%&* Is Sean Leary Thinking? on Nov 11, 1999. It’s a review of the rerelease of the first Einstein’s Sister album and an interview with the band about that release.

It isn’t often in life that you get a “do over,” but local band Einstein’s Sister is making the most of just such an opportunity this week by re-releasing a remastered edition of its first album, “Einstein’s Sister,” with seven additional tracks.

“The reason we’re doing it is because we sold out — literally,” said Kerry Tucker, guitarist/vocalist/songwriter for the band. “But we didn’t think there was a demand to reissue it until we went to Los Angeles this summer and played the International Pop Overthrow Fest.

“We realized that most of the copies of (the band’s earlier 1999 release) `Learning Curves’ were bought outside the Quad-Cities and after we made an announcement from the stage about songs being off our first album, we started getting e-mails from people asking for the first album. After I had burned off about 15 (recordable CDs) for people I thought it would be a good idea to do this.”

They probably picked a good time, as interest in the group’s work seems to be growing on a nationwide level. When the band members went to Los Angeles in August, they were shocked that many of the industry people they ran into had not only heard of them but were fans of their work. Even IPO emcee Dave Foley (“NewsRadio”) had kind words. 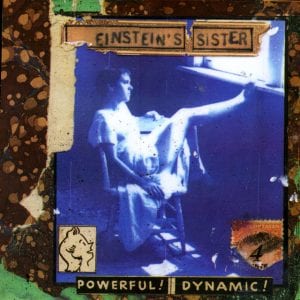 Since the trip, Einstein’s has hooked up with Not Lame, a national distribution company and record label for power-pop and pop-rock music which is now selling its records. And most recently, the band has been getting regular airplay on legendary Chicago alternative/free-form radio station WXRT-FM.

“That’s just a total thrill,” Mr. Tucker said. “Friends of mine have been calling up saying that they’ve been hearing the song and one guy actually called me up and put the phone up to the radio. I was like, `OK, that’s great, you’re playing the album at work,’ and he said, `No, I’m not playing the album, this is on the radio.”’

Locally, the band has gotten sporadic airplay and has done in-studio appearances on 97X-FM and WOC-AM. Members are hoping that radio attention increases, especially given the sharper, radio-friendly sound of the new re-release.

“We thought if we did this, we could improve the sound quality of the album because sound mastering has come a long way in three years (the first pressing of the disc was released in April 1996) and also we’ve got some other goodies that we’ve accumulated since then.”

They’ve also picked up some band members since then — drummer Marty Reyhons, guitarist Steven Volk and bassist Andrew Brock. Mr. Tucker and singer/songwriter Bill Douglas initially released the album as a duo, the culmination of over a decade of collaborative songwriting. But while Mr. Volk is the only current band member who played on the disc aside from the pair, the entire band was supportive of the move, Mr. Tucker said.

“I think they’re excited about it,” he said. “The CD is being released under the name Einstein’s Sister, so it’s more of a band thing, and we’re playing (gigs) as a band to support it. Plus, there’s no way we could’ve done this without them. If `Learning Curves’ (which was recorded with the whole band) hadn’t been a success there’s no way (Mr. Douglas and Mr. Tucker) could’ve pulled this off.”

In addition to the sonic changes, the re-release has a new cover by Tim VanHyfte and Tim Read.

Here’s the rundown of bonus tracks with Mr. Douglas’ comments:

“All I Want For Christmas”: “This song was originally featured on the “Run Run Rudolph” Oil Music Christmas compilation done a few years back. But it isn’t exactly the same version. You’ll know it when you hear it.”

“King In Name Alone”: “This is an acoustic demo for the song on the first album, with maybe a touch more heart and soul attached.”

“Girl Called Love”: “A band demo recorded in the summer of 1987, using members of Kerry’s high-school band Porcelain Tears. We really thought we caught the genie in the bottle with this one, although now that sounds like a reference to a really bad Top 40 song.”

“My Own Country”: “Recorded for KUNI’s `Live From Studio One,’ this acoustic version features the Blue Band’s Bob Dorr on blues harp. Definitely a darker take of the song (than the one on the first album).”

“Little Reminders”: “This track was recorded as a demo for the first album but didn’t make the cut,” Mr. Tucker said.

“House Of Liars” and “Fallen Icon”: “From a band demo recorded and mixed at Real Trax in Davenport, and mastered down south through a friendly connection we had. OarFin Records signed us on the strength of these songs. If only they had let us do things our way (when the band recorded the cuts for the CD `Oceanus’)…well, now, you know the rest of the story.”

Sean Leary
Sean Leary is an author, director, artist, musician, producer and entrepreneur who has been writing professionally since debuting at age 11 in the pages of the Comics Buyers Guide. An honors graduate of the University of Southern California masters program, he has written over 50 books including the best-sellers The Arimathean, Every Number is Lucky to Someone and We Are All Characters.
See More Articles From Sean Leary
Advertisement
Tagged: andy brockBill Douglaseinstein's sisterkerry tuckerMarty Reyhonssteven volktim vanhyfte