“How can you be making a celebrity out of a criminal!” 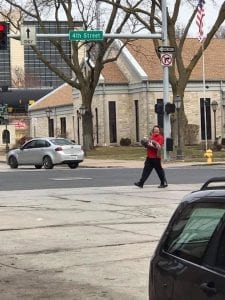 “You should be ashamed of yourselves for giving fame to a law-breaker!”

These are some of the messages I’ve gotten this week from, well, all of three people.

And no, they’re not about Batman.

Those have finally died down, especially after he helped stop the Joker from blowing up the Rock Island County Courthouse. Or at least got a temporary injunction.

Rather, the flood of Batman emails has subsided in lieu of those complaints about Catfish Guy.

A.k.a. The dude who was photographed carrying a huge catfish through downtown Davenport. 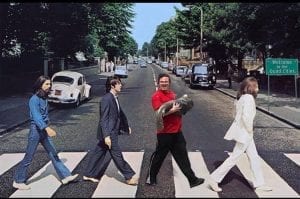 Oh, wait, no, those last four were aliases tied in to “The Beverly Hillbillies.”

Anyway, I love how some people are going all hard-line vigilante on the QC Catfish Guy. Most people are just digging the dude’s local notoriety, but a few are growling, “He broke the law!!!”

Well, for one, if you listen to his story, which you can on my podcast, QCUNCUT, on www.quadcities.com, you’ll hear from him that he wasn’t actually noodling, he found the fish in the shallows and it was basically on the way to dying and he pulled it out with the intention of getting himself some fillets. So, he wasn’t noodling, which is probably against the law to protect people from drowning or getting their hands and arms bitten. He was in no danger of the former and little danger of the latter. 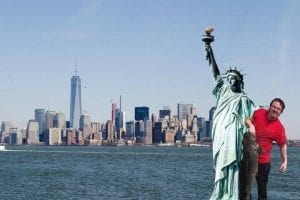 As for him not having a license, c’mon, give me a break. The laws concerning licenses are put in place to monitor over-fishing, and make money, and one guy pulling a dying catfish out of the flood shallows is hardly going to have a substantive impact on the catfish population of the area Mississippi nor break the state coffers.

So, when it comes to “breaking the law,” Catfish Guy is not exactly public enemy number one, especially since he didn’t even get to keep or eat any of the fish (again, for the full story, listen to my podcast).

It seems to me people are just being salty (pun intended) with the guy because he’s achieved a brief local fame. Let the guy enjoy it. He’s been homeless for a year and has gone through some hard times in his life, this is helping him turn his life around and become a better and happier person. That’s not a bad thing. In fact, it’s pretty cool.

Pretty cool, like listening to my podcast, QCUNCUT, for the full story of Catfish Guy. (Like how I did that there? That’s why I make the medium-sized bucks.)

So, now can we get back to concentrating on Batman, especially concerning his secret identity?

My guess is that he’s Dylan Parker. 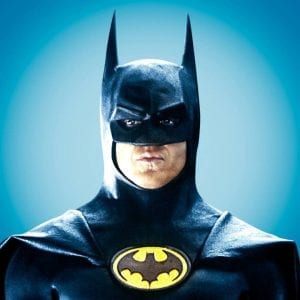 Sean Leary
Sean Leary is an author, director, artist, musician, producer and entrepreneur who has been writing professionally since debuting at age 11 in the pages of the Comics Buyers Guide. An honors graduate of the University of Southern California masters program, he has written over 50 books including the best-sellers The Arimathean, Every Number is Lucky to Someone and We Are All Characters.
See More Articles From Sean Leary
Tagged: BatmancatfishDavenportDylan ParkerfishingfloodsJed ClampettMississippi RivernoodlingPete RobinsonQC Catfish GuyQuad-Cities floodingRock Island County Courthouse