He’s been a viral sensation ever since his picture showed up on Facebook, helped along by a posting on the QuadCities.com Facebook page that yielded over 300 shares — he’s the QC Fish Guy, Pete Robinson, the dude who was photographed with a massive catfish in his arms crossing the street in downtown Davenport. Since then he’s been all over local social media and traditional media and is continuing to experience his 15 minutes of notoriety.

But beyond that is a story of a guy who’s been down and out, homeless, and trying to get his life back, and we talk about that, and how this unexpected blast of fame has helped him do that, and how he plans on using that to help others. And we talk about it over a catfish lunch, no less, at one of the businesses donating money to help him out, Baked in the Village of East Davenport. 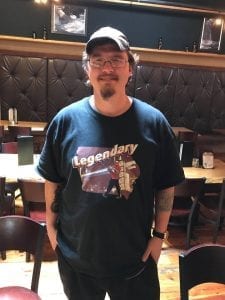 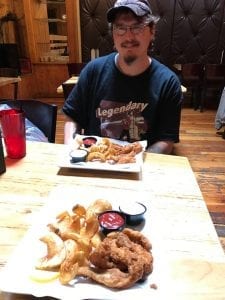 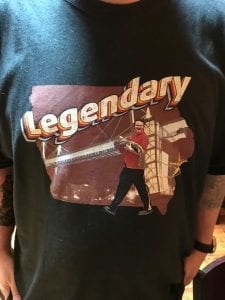 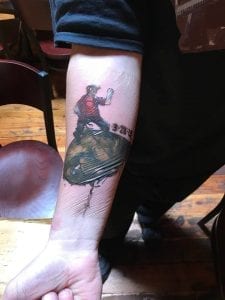