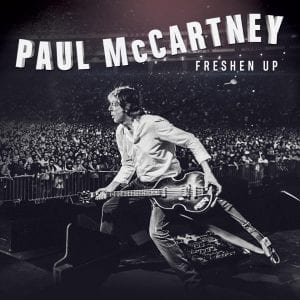 A very strange rumor began to surface late this week that former Beatle Paul McCartney had accepted an invitation to be a VIP to the Quad City Storm’s home opening game this Saturday at 7 p.m. at the TaxSlayer Center, 1201 River Drive, Moline.

According to various reports, hub-bub, gossip and chewing the fat, Paul McCartney is a big hockey fan, and, wanting to check out the TaxSlayer prior to his gig there next summer, he accepted an invitation, replete with many perks, including a nacho bar with a Velveeta cheese river, a case of Natty Light, a hoverboard with ground effects and his name on it, and a black velvet picture of a Valkyrie riding on a Liger fighting a minotaur, and that he was going to be at the game.

It certainly sounded implausible, but, stranger things have happened, right?

“We can neither confirm nor deny it,” said Tristan Tapscott, Director of the Fan Experience for the Storm on Friday. “We will say we’ve got a lot of really special things planned for the home opener and that people who come out will get to see a lot of entertainment even beyond the hockey game.”

So, will that entertainment include Paul McCartney?

“Can’t say, I guess you’ll have to show up to find out,” Tapscott replied.

What about Ringo Starr?

“Can’t say on that either.”

“I could only hope Taco would arrive and sing ‘Puttin’ On The Ritz’ for us. I’ve been trying to book him for months. He’s a hard Taco to crack.”

How about Cooter and the Tang Ticklers?

Will they be doing their hit cover of Huey Lewis and the News’ “The Power of Love?”

“If they’re here, how could they not?”

And will there be a fake mustache giveaway in honor of Cooter and the Tang Ticklers?

“Again, how could we not have a fake mustache giveaway if Cooter and the Tang Ticklers arrived here?”

What about Paul McCartney?

Will you be doing a fake mustache giveaway for Paul McCartney when he’s here?

How about a fake beard giveaway?

“No, we’re saving that for Tom Cruise.”

“No, but if he was, we might consider doing a fake mustache giveaway.”

So will you confirm that Sir Paul is going to be eating Sir Nachos and drinking Sir Beer on Saturday night while watching Sir Hockey at the TaxSlayer?

“I see what you’re trying to do here.”

“Trick me into admitting Paul McCartney is going to be here.”

Actually, I just want to know if you’re going to have beer and nachos.

“That I can confirm. Emphatically.”

But there will be beer, nachos, hockey and lots of good entertainment.

Tickets can be purchased at www.QuadCityStorm.com.

Sean Leary
Sean Leary is an author, director, artist, musician, producer and entrepreneur who has been writing professionally since debuting at age 11 in the pages of the Comics Buyers Guide. An honors graduate of the University of Southern California masters program, he has written over 50 books including the best-sellers The Arimathean, Every Number is Lucky to Someone and We Are All Characters.
See More Articles From Sean Leary
Tagged: BeatlesbeerBlake Sheltonlocal hockeyMolinenachosPaul McCartneyQC StormQuad City StormRingo StarrSean LearyTaxSlayer CenterTristan Tapscott