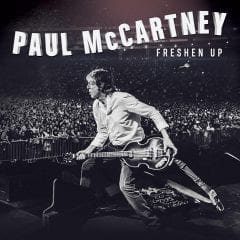 Let it be… on ice? A very strange rumor began to surface late this week that former Beatle Paul McCartney had accepted an invitation to be a VIP to the Quad City Storm’s home opening game this Saturday at 7 p.m. at the TaxSlayer Center, 1201 River Drive, Moline. According to various reports, hub-bub, gossip and chewing the fat, Paul McCartney is a big hockey fan, and, wanting to check out the TaxSlayer prior to his gig there next summer, he accepted an invitation, replete with many perks, including a nacho bar with a Velveeta cheese river, a case of Natty Light, a hoverboard with ground effects... Read More