We’re Tops! Illinois Quad-Cities Ranked Among The Best Places To Live In The U.S.! 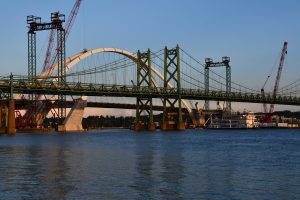 Here’s what US News And World Report had to say about the Quad-Cities:

“Spanning two states over the Mississippi River, the Quad Cities area of Iowa and Illinois can feel smaller than it is. Despite its name, the Quad Cities are composed of five cities: Davenport and Bettendorf, Iowa; and Rock Island, Moline and East Moline, Illinois. Each is distinct, but with downtowns clustered along the same riverfront and collaborations across business, service and the arts, the area offers many of the amenities you’d expect from one larger city.

The Quad Cities is the largest metropolitan area on the Mississippi River between Minneapolis and St. Louis, and it’s three hours from Chicago and two and a half hours from Des Moines, Iowa.”

Peoria ranked the highest among the Illinois cities, coming at No. 50,Chicago ranked 73rd on the list (up from 103rd last year) while Rockford, came in at No. 127. No other Illinois cities cracked the top 150 (sorry, Woodstock!)

To come up with the ranking, U.S. News looked at the job market, value, quality of life, desirability, and net migration ratings determined in part by a public survey of thousands of Americans on the qualities they consider important when deciding where to live. As part of the methodology, U.S. News also looked at federal data from the Census Bureau, FBI, Labor Department, the digital health app Sharecare, and its own rankings on the Best High Schools and Best Hospitals.