When Will Summer Concerts And Big Venue Shows Return?

For many, this will be their first summer without an outdoor concert.

The first year in a long time without a festival.

The first stretch without them going to see their favorite artist.

When will we turn that around and get to see those touring acts, get to go to those big concerts and shows?

We have no idea.

Cautious optimism. That’s the best description of where we’re at right now in regard to the covid-19 situation and its impact on not just the Quad-Cities arts scene, but the economy of the entire country, especially in regard to live performances, and most particularly in regard to touring acts.

Iowa Governor Kim Reynolds lifted a vast number of restrictions today, allowing all businesses to re-open, albeit with some social distancing protocols intact.

Illinois remains in an even more restrictive state of caution, with some businesses still not allowed to open and those that are allowed being placed under the same social distancing protocols.

By many metrics, these precautions are working. Numbers in New York City and Chicago, two of the hardest hit areas, are falling. States like Hawaii have seen the virus numbers dwindle to almost nothing. So there is good news to report, and that’s obviously a beacon during a time that’s still been extremely difficult and tragic for many – especially those who work in the arts industry, which has been absolutely devastated by covid-19. 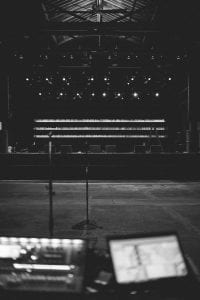 There have been few industries hit as hard as the arts. Performing arts venues, like Moline’s TaxSlayer Center, Davenport’s Adler Theater and East Moline’s Rust Belt, have had to wipe their slate clean, and have no accurate timetable to open. We’ve seen some shows, such as Smashing Pumpkins’ sold-out gig at Rust Belt, go from rescheduled, to postponed, to canceled, reflecting the uncertainty of the times, and, also reflecting the fact that the touring acts ultimately control when they decide to go back out and when the shows are going to go on. Some fans were pissed at The Rust Belt, and made fun of them for changing it so many times, but it’s not the fault of the folks at The Rust Belt, who would’ve loved to have had the show. Ultimately, the decision is the performer’s as to when they’re going to go on tour, and during a time of uncertainty such as this, you can’t really blame the performers either. They have massive crews and expenses to deal with and it’s a risk for them as well, financially, aside from the health concerns.

Which leads to the next question: Even if the TaxSlayer, Adler or Rust Belt wanted to open, who are they going to book? Most acts have canceled their tours at least through the summer, some through the rest of the year. And, even if many of them opened tomorrow, they would need to have enough of a slate of shows to justify their financial output. If only 30 percent of acts are back out touring, is booking names from that 30 percent going to bring in enough money to offset the costs of throwing the shows?

All of those venues employ hundreds of people. They make up an intricate web of cooperation behind-the-scenes to ensure that the show that you and your friends go to see comes off without a hitch. We seldom acknowledge just how many people go into the spectacle because if they do their jobs right, the event is seamless. But the employment of all those people is an expensive venture, and it requires booking acts who are going to sell tickets and concessions to pay for those employees.

Sadly, the lack of these venues means those employees – everyone from tech folks to security to concession workers and more — remain without that income. Those people aren’t just numbers, they’re human beings, with families, with bills, with the stressors of having to find income that isn’t there anymore. It’s easy for someone to say, “Oh well, just go on unemployment,” but anyone who’s actually been on unemployment realizes it’s not as easy as a facile, glib comment. There are far more complications and uncertainties. There are limitations. And those people are still having to deal with that. 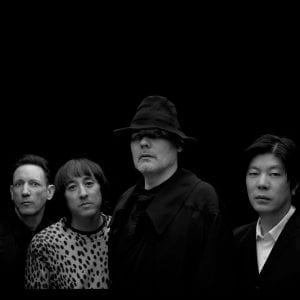 The local theater, club and restaurant scene has been even harder hit, putting out not just those workers, but the owners and managers of those venues in profound ways. The TaxSlayer, Adler, and Rust Belt have the benefit of at least partial help from the community coffers and don’t have to worry about closing their doors any time soon. Independent businesses who also depend on touring performers, like Circa ’21, RIBCO and the like do not.

Some, which are not-for-profit, are fortunate enough to receive grant money from public and private organizations, but it’s hardly a fortune, and still leaves them skating on the edge.

Those that are privately owned, and for-profit entities, like Circa, or RIBCO, are in a far more tenuous position, having to fall back on reserves and whatever relief they can get from the meager covid stimulus bill Washington deigned to pass.

And even after other businesses are allowed to open, slowly, the arts organizations will still be last in line to recover, because they make their money on large crowds, which are exactly what the preventative measures are designed to avoid. When will that arrive? Nobody knows.

As I previously mentioned, in some cases – New York City, Chicago, some states – it’s getting better, fueling an optimism that we’re getting beyond the curve.

But by many metrics it’s getting worse. A number of states are seeing a dramatic spike in cases. Arizona, South Carolina, Florida, Alaska, Arkansas, California, Kentucky, New Mexico, North Carolina, Mississippi, Oregon, Tennessee, Texas, Utah and Puerto Rico have all seen spikes. How long and how dramatic those spikes will be is unknown.

When it comes to local businesses impacted by the availability of national performers, that matters. It’s one thing for some of the states to be doing well, and that’s definitely great news, especially for businesses that are locally-based and thrive utilizing a regional distribution model for their products and a local model for their audience. 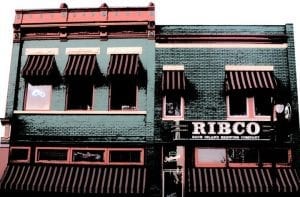 However, when your business model is dependent upon performers coming in from out of town, and there remains a sharp inconsistency in the cases and effect of covid along those pathways, it makes it heavily problematic for those businesses.

Some could potentially evolve beyond that. Circa and other theaters could eschew bringing in national actors and showcase regional and local performers, at least in the short term. Local clubs like RIBCO could showcase more local and regional bands. There could be slow opens for both, involving social distancing strata to start, and then evolving towards the old normal as cases subside, with the hope that people will feel secure in going out again and experiencing life as we knew it.

However, it’s going to be far longer for places like TaxSlayer, Adler and Rust Belt, not to mention any other larger performing venues and outdoor concerts and festivals. It’s not just whether or not the audiences will arrive, it’s also a matter of employees and staffing, financial considerations, and in being able to book acts who are actually out on tour. When will that happen? This fall? This winter? Next spring? Next summer? Nobody really knows.

That’s where we’re at right now, as the first steps start to be taken.

Be safe. Be smart. Be careful.

And maybe, hopefully, this will be the last summer season without concerts we’ll see for a long while.