One of the giants of the Quad-Cities comedy scene over the past couple of decades is gone.

George Schulz, a beloved anchor performer for Comedy Sportz and its various offshoot projects including GiT, passed away today.

Schulz has been eulogized and mourned by hundreds of local comedy and theater performers and fans. 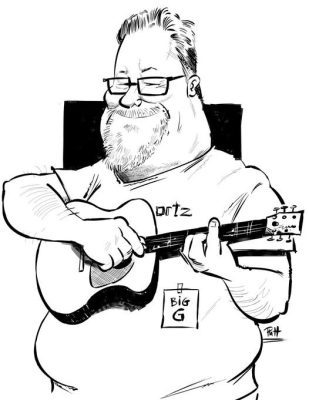 My brother in the improv trenches, confidant, buddy I could nerd out with over stupid stuff, and panda-in-human-form friend… ‘Big G’ George Schulz is gone.
While feeling emotionally gut-punched thinking about all the shows we’ll never get to do, I’m trying to replace this immense sadness with memories of the multitudes of amazing ones we did. It was an honor to perform with him and if you broke him during a scene/game, his infectious laugh made you feel amazing. The crazy thing is I think we laughed far more during all the long drives to gigs, overnights at hotels, and various other shenanigans we got up to off-stage than anything we ever did on-stage as the inside jokes are endless.
The only thing bigger then his personality was the laugh he could get out of you.
I’m not sure what else to say as processing this is incredibly hard. Our comedy & improv community has lost an iconic figure and great person.
My sympathies go out to his family, to Patrick, to the Adamson’s – whom he considered as extended family, his beloved Liz, his CSz Worldwide & improv family, and to any and everyone he made smile.
This one hurts. A lot.” 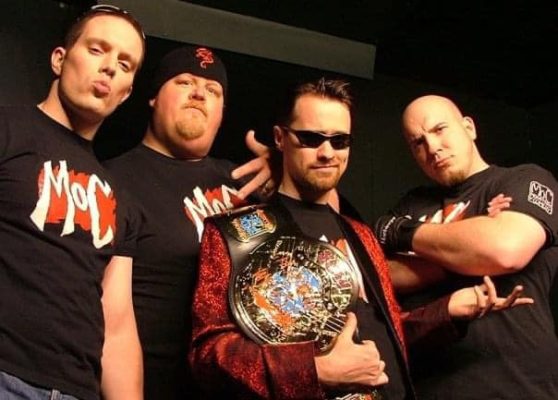 Jeff Adamson, a founder of Comedy Sportz and a longtime friend and fellow performer with Schulz, posted on Facebook, “The world has lost a great comedian. My close friend and “go to guy” for any show we booked, George Schulz, passed away yesterday. I do not have enough words to express how much he will be missed. My sympathies go out to LIz, his family that I knew all to well, his comrades who shared the stage with him, and anyone that lifted a beer with him. He was very close to my family and especially my son, Patrick. George wasn’t just bigger than life, he was life for all of us.“

Longtime friend and fellow Comedy Sportz performer Kristin Fairchild posted, “To the person who taught me so much about myself and impacted my life in ways so much bigger than even a guy nicknamed Big G could have imagined…I’m at a loss for words and yet there’s so many left to say. I’ll keep them safe until we meet again my friend.

Thank you for teaching me to be big, bold, and brave, and that I should love the beautiful girl I am no questions asked. I promise to keep your memory where the light is, George Schulz.” 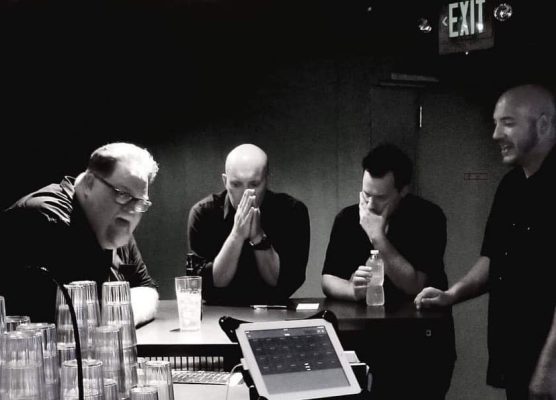 His friend and fellow performer John Hannon posted one of many funny anecdotes about a comedy legend whose legacy will always be the laughter he gave others.

Hannon wrote, “I still don’t know whether to cry or laugh.

I’m choosing to laugh.
I’m laughing when I think back to this night. The best night I ever spent on a stage with Big G. After 10 years of shows, it’s hard to remember specific nights or jokes. But I remember this.
The event was Spooktacular 2009. Improv met Pro Wrestling. We worked it up to where I was playing a nasty heel, John Thomas Hannon and had brought my group of Immortals (Nate Nathan Klaus Jessica Merritt and John Moore). We spent the first half making fun of the Quad Cities and doing old Pro Wrestling gimmicks to get people mad and make funnof Jake Walker for being bald. It worked. The audience got into hating us.
We took over the second half and kicked out everyone from Comedysportz. Only to have the MoC show up as the heros to save the day. They put the Improv World Title on the line and made me up up my hair. Shit was on now!
They proceeded to kick out asses up and down the stage and the audience loved it.
Going into the final game, we played Foot in Mouth. We trade jokes back and forth for 4 minutes, and finally get worst thing to say on first date.The ball had been placed on the tee and someone needed to knock it out of the park. Did anyone do that better than Big G?? He steps up to the mic and simple says “Hello. My name is John Thomas Hannon.”
Roof comes off the building.
The MoC wins. I try and run like the chicken shit I was, got forced back to the foot of the stage. I can still feel George’s giant hands hook me under my armpits and lift me right back on stage. Jeff De Leon gave me a super kick and Patrick Adamson turned on the buzzers.
My hair came off as the audience went nuts.
It’s the greatest time iver ever had on stage. No surprise that Big G was right there making it happen.
I’m going miss watching you make it happen. I’m going to miss the laughter. I’m going to miss you.
See you down the road, Big man.” 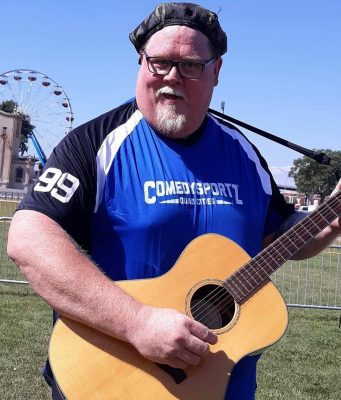