You’ve heard of Christmas in July? Well, the Quad-Cities’ first goth rock band has reunited to celebrate Halloween in July.

Bentley has fronted other Q-C bands, Savage Gentlemen, Human Aftertaste and Hot Candy Idols (national touring with Human Aftertaste in 2007) and has come full circle back to where it all started. 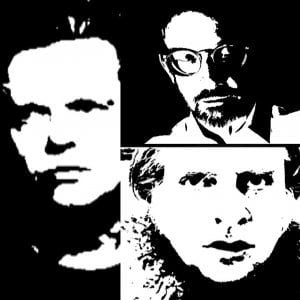 Pitch Black Manor recently reunited, with bandmates Lyle Erickson, and Chad Fifer (now a well-known podcaster with the HP Lovecraft Literary Podcast; having such notable return guests as Patton Oswalt and Chris Sarandon). Now, 25 years after their last show in the Quad-Cities, “we found ourselves, like many, scrambling for some meaning and direction during the pandemic so we turned to our Quad-City roots,” Bentley said recently. 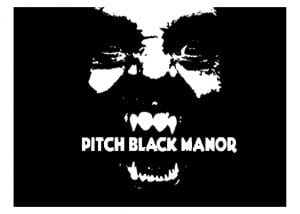 “Why Halloween? Why now? It’s simple: hope,” Bentley said recently. “Our themes are dark, but the light of creation and friendship through music allowed us to transcend distance.” Fifer lives in Los Angeles and Erickson lives in Des Moines.

“It was time to come back to the Manor and light the fire of hope for our much beloved Halloween,” Bentley said, noting the album will be released on July 31.

Together with the release, the band even sold out a special run of blow-mold haunted house toys on Etsy, created specifically for the release.

“Monster Classics” was recorded in 46, Des Moines Iowa, and Santa Monica Calif. It was mixed and mastered by Erik Peabody at Viking Guitar Productions, Rochester, N.Y.

Their first official video, “Just Another Werewolf Love Song,” can be seen at youtube.com/watch?v=7fMMOsGpO5o. Listen to Pitch Black Manor at https://soundcloud.com/user-546091278, find them on Facebook at facebook.com/pitchblackmanor, and pitchblackmanor.com links to their Instagram account.

The album is available by e-mailing pitchblackmanor@gmail.com.

Jonathan Turner
Jonathan Turner has been covering the Quad-Cities arts scene for 25 years, first as a reporter with the Dispatch and Rock Island Argus, and then as a reporter with the Quad City Times. Jonathan is also an accomplished actor and musician who has been seen frequently on local theater stages, including the Bucktown Revue and Black Box Theatre.
See More Articles From Jonathan Turner
Advertisement
Tagged: joshua bentleyjust another werewolf love songlocal bandslocal musicmonster classicspitch black manor