KIIK-FM (104.9) is returning to familiar territory — going back to a country format as The River starting Monday, according to sources inside the station who asked not to be named.

The station, owned by Townsquare Media, has been bounced around from format to format in the past two decades. From 2000 to 2007, it was known as KBOB-FM, which, as the name may suggest, was a country station. It failed to make much of a dent in country king WLLR-FM’s ratings, despite high profile hirings of on-air staff in Mike Kenneally and Jack Carey, and, despite a fairly long tenure at country during that time, after seven years, it dropped the format. 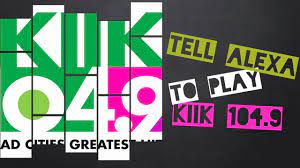 In 2007, it became Rock 104.9, rolling with a modern rock format, playing contemporary rock, as sister station 97X moved its playlist more towards classic rock. That had limited success and a cult following, but, again, the powers that be shifted the station’s format.

In 2014, the modern rock format was dropped, and once again, it went back to a country station, this time as The Hawk.

According to the station’s Wikipedia page, “The Hawk failed to take listeners from rival WLLR, garnering a mere 2.0 in the last Arbitron ratings under the country format for July 2016, miles behind WLLR’s 18.1 rating. On August 29, the station began stunting with songs with the word “talk” in the title, before debuting a classic hits format on August 31 as “The New KIIK 104.9”. The first song played under the new format was “Eye of the Tiger” by Survivor.[8] On the

same day as KQCS’ flip, WYEC, an oldies-leaning station, dumped its format for adult hits, meaning that KQCS would have no direct classic hits/oldies competitor in the Quad Cities market, although KMXG, an adult contemporary station, devotes its weekend programming to music of the 1970s, the 1980s, and the 1990s.

The station changed its call letters to KIIK-FM on September 7, 2016.”

After a few middling ratings books, however, the station is now, once again, switching back to country, changing its name to the River, and hoping to take another swing at WLLR-FM.

Will the third time be the charm?

Will the River drown the long-time country king?

And what exactly does Delilah have to say about all this?

We’ll find out the answer to at least two of those questions in the ensuing several months, starting Monday.