And that’s how it would usually begin. With a mischievous grin, a conspiratorial wink, and then that little aside, voiced down as if imparting some ribald secret, which, let’s face it, he usually was.

That’s how Ed “Jonesy” Jones would greet me pretty much every time I walked in to Circa ’21 Dinner Playhouse in downtown Rock Island.

Jonesy shuffled off to that spotlight in the sky on Tuesday, at age 92. He’d been retired from Circa for a few years, since 2014, although he was sorely missed. Jonesy was always one of my favorite elements of the Circa experience, a guy with the spirit and sense of humor of an old vaudevillian acting as doorman for a building straight out of the era. 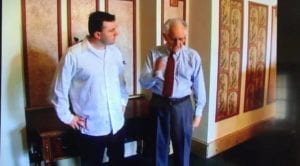 You’d enter the theater, and Jonesy would be there at the door to greet you, with a smile and a joke, and if he knew you well enough, that joke would be a bit spicier than normal. He had a great laugh and smile and a fantastic sense of humor, and a hell of a personality.

Sometimes he’d be dressed in a costume mirroring the featured performance of the time. Sometimes he’d be clad in a suit and tie. But the two things that were ubiquitous about Jonesy were his smile and his air of always having fun, along with a spirit of a little kid who’d just gotten away with something and was devilishly trying to hide it.

“It’s a dream come true,” Jonesy once told me about his job as the ambassador for the theater. “People treat me nice, I love the bootleggers, I love the people at Circa. Where can you have more fun, see all the great shows and meet all the people?” 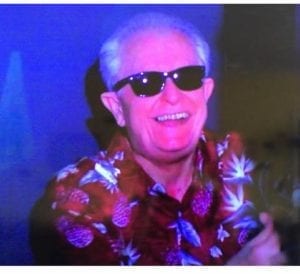 Born June 3, 1927, and growing up a half-hour outside Boston, he got started in theater as a little kid, hitting the spotlight with a self-created sketch, “Jones and Jones,” in which he shared the billing with a marionette. In high school, he performed in every show he could, and made it a habit to hit the theaters outside the classrooms as well.

“I’ve always gone to the theater, I’ve always had a vivid imagination,” Jonesy told me in an interview in 2010 for Get Your Good News.com. “Theater has always attracted me. I’ve always been like that. I don’t know why. My family would go to every show, any musical, any play. I saw Josephine Baker, Maurice Chevalier, all the top stars would come to Boston, and we’d always go to see them. When I was older, I was always on the train to go see shows, Jackie Gleason, Mickey Rooney, there were some great shows there.”

After a stint in the army between World War II and Korea, he went to broadcasting school, which is how he ended up in the Quad-Cities. After graduating, he got a job at WOC-TV, spending 25 years working as a director and behind-the-scenes guy.

“It was a lot like theater,” he said. “It was black-and-white TV, and there weren’t many programs or stations, so we were really kind of flying by the seat of our pants. Most of the stuff we did was live, and oh, it was a lot of fun!”

After broadcasting, he got into a sales company with his wife, selling air and water purification systems. “She proved to be much better at the business than I was,” Jonesy said. “So she took it over, and I took on a bunch of different odd jobs.”

Jonesy’s resume included stints as a night watchman and a pasta chef before he found his true calling.

“I saw an ad for Circa ’21, looking for a lobby host, and I thought, that sounds like fun,” he said. “I went in and talked to Denny (Hitchcock) and we hit it off and he offered me the job. It’s been great. They treat me really well.”

And in return, Circa had itself a bonafide character to welcome people to their house of characters. Jonesy was a beloved part of the Circa experience. People would wonder beforehand how he’d be dressed and in which costume if the show had a theme that suited it, and he would work with costumer Greg Hiatt to come up with appropriate and humorous garb. Every once in a while, he’d be a part of one of the shows, and would come up to the stage for a one-liner or two. But usually, he’d greet you with a wide grin and lead you to your seat, making small talk and throwing out jokes along the way. It was an incredibly charming detail that made the Circa experience special and one-of-a-kind, just like Jonesy.

“This is a dream job,” he said of Circa. “Where else can I stand backstage and talk to Tony Bennett or trade jokes with the Smothers Brothers? I feel like I’m a kid again. This is what I always dreamed of.”

I knew Ed beyond the realm of Circa as well. Jonesy’s humor could also be seen in a number of short and feature films I wrote and directed with My Verona Productions. He had cameo roles in “Your Favorite Band,” “The Return of Taco” and “Dingo Boogaloo,” among others. In each, he delivered his lines with panache and sly humor, cracking up myself, my producing partner Tristan Tapscott, and everyone on the set. He was always a fantastic character, always such a vibrant personality, always just so much damn fun to work with. 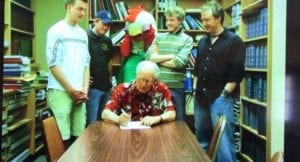 “Those were a lot of fun to do,” Jonesy said in that 2010 interview. “It’s always fun to do comedy, to make people laugh. That’s what it’s all about. Life is to be enjoyed. You’re only put on this earth for so long, so you’ve got to enjoy it. That’s what I’m doing. I’m lucky enough to be doing what I love, and I have been for a long time. I’ve led a wonderful life.”

He did. And he met his final curtain in similar style. According to his obituary, he died surrounded by his family, and one of the last things he said to Jeannie with a big smile was, “I love you and thanks for 65 years together and all the trips taken with the kids.”

He was beloved by the local theater family, and we thank him for all of the journeys we embarked upon with him, the jokes told, the laughter and smiles. Jonesy truly was one of a kind. He will be missed.

To check out a scene from one of our goofball short film endeavors, “Dingo Boogaloo,” click here. 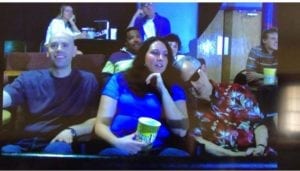 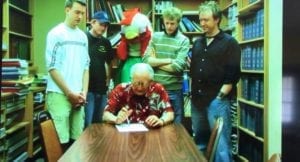 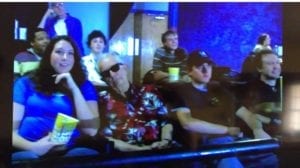