Halloween Column Weekend: Is There A Vampire Workout Video?

To celebrate Halloween, I’m dropping multiple columns for your laughs and enjoyment. Hope you all have a happy and safe holiday!

Is there a vampire workout video?

You hardly ever see any fat vampires.

Even the evil decrepit old vamps are at least skinny.

So, I’m wondering, do vampires only “turn” fit people?

Or do people make deals with vamps and tell them, “Hey hey hey… let’s wait a minute here, shall we? Give me six weeks to get into shape, and THEN you can suck out my blood and turn me into an undead creature of the night! At the very least, let me lose these love handles…”

If that’s the case, I think a lucrative pursuit would be to become a personal trainer for future vampires.

You would put people through an intensive two-month boot camp that would get them into ripped, ready-to-be-drained shape so that they could spend eternity looking like Calvin Klein models, instead of extras on “Roseanne.”

I think it’s a great money-making opportunity, just waiting to be explored. 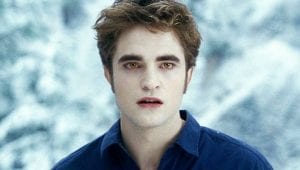 Once a bat man, now Batman.

I was thinking about this while watching the “Twilight” movie and encountering the scene where the vampires invite Bella over for dinner, making a big deal out of the fact that they don’t eat food but they’re trying to cook for her, etc.

Here’s the part of that scene that really doesn’t make sense: They act as though they’ve never cooked before even though they haven’t been vampires all their lives, so at some point they must have known how to cook real food, which I also assume wouldn’t be a skill you would forget, despite all the time passed.

So, anyway, they’re on a liquid diet. They say they don’t sleep. Do they have other bodily functions? 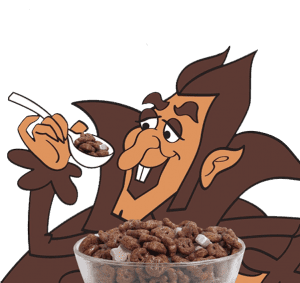 You know this cheeky bastard is stinking up the Twilight vampires’ bathroom.

You would think they would, since the blood they’re taking in is hardly pure, so they’d have to expunge their bodies of the waste products said blood carries. Ergo, they would have to emit some sort of waste, whether urine or feces.

I would guess at the very least all they do is pee, since they’re on a liquid diet, and have been for a while.

So, another really important question: Is the pee red? And if so, wouldn’t that be really difficult to clean out of porcelain toilets? You’d have to clean it all the time to avoid staining.

These are all incredibly vital issues that need to be considered. And I sure hope Stephenie Meyer answers all of these integral questions in the next “Twilight” book.

This is why DaVinci’s ghost jealously haunts me for rivaling his genius.