The Genesius Guild will close the 2021 season by going back to their roots with a Greek tragedy. Euripides’ Hippolytus will be staged July 17, 18, 24, and 25. All performances begin at 7:00 PM and will be held at the Don Wooten Stage in Lincoln Park, Rock Island. Admission is free. 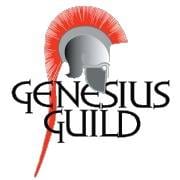