Sean Leary December 3rd, 2021 Sean Leary, Music, Entertainment, Comedy Share:
I believe in bodily autonomy for women. What they want to do with their bodies is up to them, and they should have the freedom to follow their own paths.
That informs my opinions on their health decisions, reproductive rights, and also more superficial topics.

For example, Adele losing weight.
The singer has been getting bashed by people online for going on a healthy weight loss routine and getting in shape. The people bashing her are saying that she should’ve kept the weight on because she was seen as a role model for people who carry a little more weight.
But the thing is, like so many other celebrities, she never ASKED to be a role model for anyone. She’s just a singer, a very talented one, who became famous for being a singer. We have no idea what she’s really like as a human being, nor should we really care. Our relationship with her, the same as our relationship with any other celebrity, should be left to the transaction between their creative output and our reaction to it. If you want to criticize her latest album after you shelled out your hard earned cash for it, completely fair. But if she wants to lose weight or shave her head or get a massive back tattoo of the Grimace drinking a blood milkshake from the skull of Ronald under an Olde English Script saying “Deathe To All Ye MacDonaldse!” well, she’s got the right to do that, and as long as it doesn’t somehow disrupt the creative product she’s charging you for, then who cares? She’s just been following her career, making her own choices. She has NO responsibility to her fans other than to create music, and even that’s at her own discretion and creative whim. 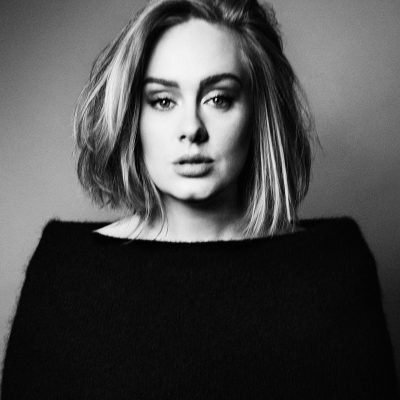 Adele. Not pictured, her boyfriend, Afarmer.

It’s YOU who decided to make a celebrity you’ve never met, rather than someone in your own life, or perhaps the ideal of your own self in the future, your role model. Adele bears no responsibility for that choice, nor any of your other choices, none for your insecurities, and none for any actions you might take due to her or her actions.

She is her own person, not yours.
It’s HER choice. It’s HER body. She can do what she wants with it. If she wants to lose weight, it’s HER choice. And HERS alone. And while you, and everyone, has a right to their opinion, to quote the late Mr. Rogers, in the big picture your opinion don’t mean squat. (Pretty sure that was Mr. Rogers. Maybe it was Huggy Bear. Six of one…)
You shouldn’t be looking to celebrities for any validation regarding your life. You shouldn’t be looking to celebrities for any role modeling. Celebrities live in a world of extreme wealth and privileged unreality that does not parallel yours and mine. You shouldn’t be comparing yourself to Adele any more than I should be comparing myself to Paul Rudd or Matthew McConaghey, who have far more time, money, and resources than I do to make themselves far more empirically attractive than I am and win titles like Sexiest Man Alive, while I’m competing for titles like Fourth Or Maybe Fifth Possible Guy To Reply To On Bumble. 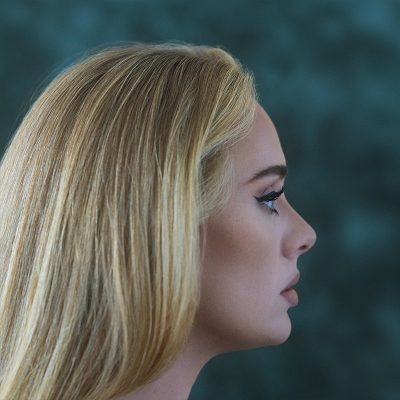 Adele doesn’t have to look at you if she doesn’t want to either.

Do what YOU want in YOUR life, as long as it’s not harming others. If you feel you need to lose weight for health or aesthetic reasons, take responsibility and take steps to do so. If you don’t want to, that’s your choice as well. But, and I know this is not in fashion right now but it really should be, TAKE RESPONSIBILITY FOR YOUR OWN LIFE AND ACTIONS. If you lose weight, that’s on you. If you don’t, that’s on you. Either way, it’s not on anyone else, and it’s certainly not on a person you’ve never met and who doesn’t know you. Adele has her own life to live, and so do you, and yours probably would be considerably better without you spending so much time in front of a keyboard slamming celebrities who have let you down. Especially if you’re trying to lose weight because that really does nothing for cardio.

Don’t shame Adele or anyone else for making a different choice that’s right for them. It’s really none of your business what Adele or anyone else does, particularly if they’re a total stranger to you and vice versa.
As always, follow your bliss and your happiness, and as long as it’s not hurting yourself or other people, fair enough. And respect that in other people as well. We all have that right.
Now, if you’ll excuse me, I have to get to a kickboxing class, so I can eat an entire carrot cake later. It has carrots, it’s got to be at least somewhat healthy. Balance. Balance. And as always, with my eye on my goal: Third Or Maybe Second Possible Guy To Reply To On Bumble.