Hannah Holman, principal cellist with the Quad City Symphony, got an early Christmas present this month – the keys to the historic Deanery at Trinity Episcopal Cathedral, Davenport.

She’s had a longtime dream to start a new music school, which she did online in September, and she is Executive Artistic Director of the Quad City Music Academy. Following months of negotiations between the Trinity Episcopal Cathedral’s Vestry and her academy’s Board of Directors, Holman now has a 15-year lease on the 90-year-old building and the QCMA will rename it The Deanery School of Music. 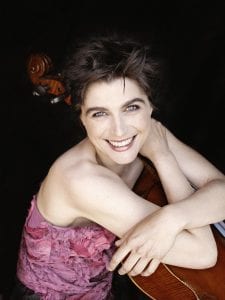 “It’s so exciting,” she said Monday, on her way to hold her first private lesson there. The building will be a venue for high-quality music instruction, performance and collaboration. Private and group lessons will be offered, initially in cello, violin, viola and bass for students seeking advanced training in preparation for careers in music.

The building at 1103 Main Street is an imposing 90-year old stone and concrete facility, whose original use was as a residence, and has been vacant for over 10 years. It is about 5,500 square feet and will offer multiple-sized areas for instruction and performances.

It was originally was built as a residence for the Bishop, the chief cleric of a cathedral in the Episcopal Church. The Deanery was last used as a residence in 2009. The church researched possible uses for the building which would be compatible with the church’s mission, ideally augmenting and enhancing it.

The Deanery is located in the heart of the Hilltop Campus Village Main Street district, and is a contributing building to the College Square Historic District.

“This is a solid example of positive historic presentation and reuse of great older buildings in a positive way,” said Scott Tunnicliff, director of the Hilltop Campus Village (HCV), who’s also a member of Trinity Cathedral and on the QCMA board. HCV was active in trying to find a user for the building, he said.

“We put together a brochure with text and photos, and sent it out to all Main Street districts in Iowa, as well as the state office,” Tunnicliff 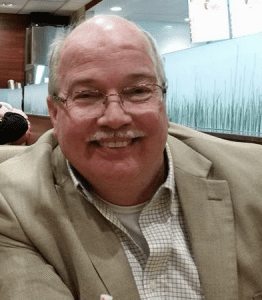 Scott Tunnicliff is director of Hilltop Campus Village and board member of the music school.

said. They had two people from Main Street Iowa come visit, where they received a tour from the Very Rev. Dr. John Horn, dean of the cathedral. 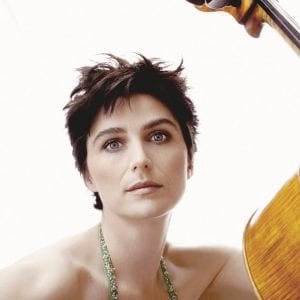 Holman is executive artistic director of the new Deanery School of Music.

“They said the building needed some work but was essentially well maintained and a great opportunity for preservation and reuse,” Tunnicliff said.

“The Deanery School of Music will expand our outreach to the community and enhance our rich musical tradition,” Horn said. “It will also help an organization seeking to enhance the cultural life within the Quad-Cities region. It is definitely a win-win for the cathedral and the community. In 2020, there is something to celebrate!”

The Hubbell-Waterman Foundation has approved a construction grant of $50,000 to the QCMA (which must be matched dollar for dollar), to be used for building renovations and improvements to the Deanery.

Plans call for music lessons to be available on a sliding fee scale based on economic need.

“This generous grant from the Hubbell-Waterman Foundation provides a springboard for us to seek individual pledges and contributions..” said Dr. Joe Lohmuller, QCMA Board President. “We have work to do, but it is a worthy cause.”

Interest in Deanery since 2018

Member of the QCSO since 2001, Hannah Holman has been principal cellist since 2008 and is a one-year adjunct Cello Instructor at the University of Northern Iowa for 2020-2021. She began her professional career in England playing with the English String Orchestra under Yehudi Menuhin and the City of Birmingham Symphony Orchestra under Simon Rattle. 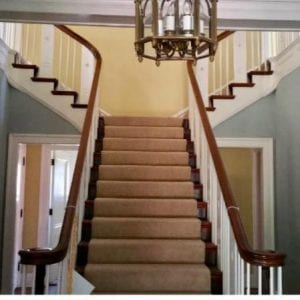 An interior look at The Deanery, which was built in 1930.

Her previous orchestral work also includes serving as assistant principal cello with the Michigan Chamber Orchestra, the Richmond Symphony; and the American Sinfonietta.

An active chamber musician, Holman helped found Trio 826, with her friends Susanna Klein, violin, and Julia Bullard, viola. She was a founding member of the Beaumont Piano Trio, which performed around the U.S. and England, and was also a founding member of Quadrivinium, a music ensemble in residence at the Virginia Museum of Fine Arts.

From 2002-2011, she was a member of the Maia Quartet, the University of Iowa’s quartet in residence, which toured China, Japan, and throughout the U.S.

Holman first got introduced in the Deanery at Trinity in August 2018, after hearing about it through Stephanie Green, whose mother is a Trinity member.

“She came back to hear a QCSO concert, we started chatting, and I told her about the dream of a music school,” Holman recalled. “She wrote from Berkeley, Calif., and said she had the right building in mind. I went to visit it. Since then, we had the pandemic…it looked promising in March, then everything shut down. The embers grew slightly dim, but here we are.”

The large second-floor bedrooms can be repurposed for chamber groups and group classes. There will be a livestream concert on Facebook from the Deanery’s living room this Wednesday at 3 p.m. 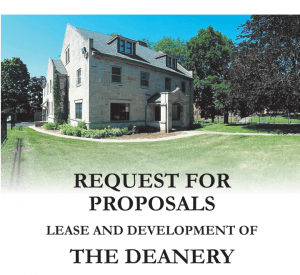 The Deanery is at 1103 Main St., owned by Trinity Episcopal Cathedral.

A string trio will play Beethoven (in honor of the composer’s 250th birthday); Holman will play solo Bach, and violinist Wayne Lee also will play Bach.

Trinity music director Ron May will co-host the event and will do a walk-through of the building, Holman said.

She said the structure is in remarkably good condition, but renovations will fix plaster, replace all windows, and create handicapped accessibility, she said.

“It’s a beautiful building with very good bones,” she said. They hope to raise money and complete renovations in time for a spring semester of classes and lessons.

To donate to help secure the $50,000 grant, visit  https://www.quadcitymusicacademy.org/donate.

For more information on the school, visit www.facebook.com/deaneryschoolofmusic or contact Holman at hannah@quadcitymusicacademy.org.

Jonathan Turner
Jonathan Turner has been covering the Quad-Cities arts scene for 25 years, first as a reporter with the Dispatch and Rock Island Argus, and then as a reporter with the Quad City Times. Jonathan is also an accomplished actor and musician who has been seen frequently on local theater stages, including the Bucktown Revue and Black Box Theatre.
See More Articles From Jonathan Turner
Advertisement
Tagged: cellistcellodeanery school of musichannah holmanHilltop Campus VillageHubbell-Waterman Foundationquad city symphonyScott Tunnicliff