Circa ’21 in Rock Island To Close Again Until January

With the closure of indoor dining throughout the state, by Illinois Gov. JB Pritzker, Circa ’21 Dinner Playhouse has made the difficult decision to close its doors for the holiday season. 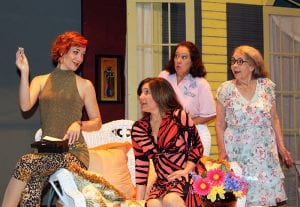 The Rock Island theater’s planned productions of “Winter Wonderland” and “Seussical” will be moved to the end of the 2021 season instead. Circa has, however, received special permission from Springfield to remain open until this Saturday to finish the current run of “The Savannah Sipping Society.”

“This was a terribly difficult decision,” Brett Hitchcock, director of audience development, said Monday. “The holiday season is always the most popular time of year at the theater with our biggest crowds. This will be the first time since opening in 1977 the theater will be dark over the holiday season.

“Without having any idea when the governor will be reopening Rock Island County, we felt this was the only choice we had,” he said. “It breaks our hearts to not be able to present ‘Winter Wonderland’ and ‘Seussical’ this year. With moving our holiday shows to next November and December, hopefully, Covid-19 will be talked about in the past tense.”

“Winter Wonderland” – which was to run Nov. 11 – Dec. 30 – is a heartwarming new musical, written by head Bootlegger Brad Hauskins and performed at Circa in 1995, is about a dad’s wish to celebrate an old-fashioned Christmas. The children’s musical “Seussical” was supposed to run Nov. 27 – Dec. 27.

The show will go on at Rock Island’s Circa ’21, but not until January.

On Sunday, Gov. Pritzker announced that all indoor dining would be suspended for at least two weeks starting Wednesday to help slow the spread of Covid. Region 2, including Rock Island and Henry counties, will see enhanced coronavirus mitigations put into place after reporting a virus positivity rate of more than 8% for three consecutive days.

With that announcement, all 11 health care regions in the state of Illinois will now be operating under enhanced mitigation rules as a result of elevated positivity rates and hospitalizations.

On Monday, the Illinois Department of Public Health reported 6,222 new confirmed cases of Covid-19 in Illinois, including 20 additional deaths. There have been a total of 423,502 cases statewide, including 9,810 deaths, with the age of cases from younger than one to older than 100 years.

“Many of our guests attend our holiday shows as a family tradition. We’re so sorry they will not be able to visit us this year,” Brett Hitchcock of Circa said. 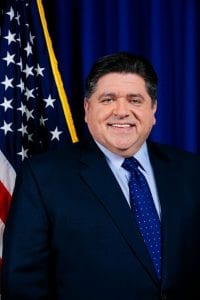 Illinois Gov. JB Pritzker announced new restrictions due to covid that have forced Circa to shut their doors until 2021.

The historic dinner theater at 1828 3rd Ave. had been closed to mainstage productions from mid-March until Sept. 9, when it opened “Savannah Sipping Society,” with a four-woman cast.

Due to state rules, the capacity for each performance is limited to only 50 people in the 330-seat venue. Plated dinners are served in lieu of the traditional buffet. For the safety of guests and staff members, temperatures will be taken when patrons arrive and face masks must be worn to enter the theater, when interacting with the staff and whenever guests are away from their tables.

Circa ’21 also will be temporarily closing The Speakeasy next door, after this Friday.

Circa plans to reopen in January with the hilarious comedy “The Play That Goes Wrong.”  Reservations for that show, or any other show in the theater’s 2021 season, are still confirmed. There is no need to call or email, Hitchcock said.

Circa ’21’s phone lines (309-786-7733, ext. 2) will be open until Nov. 13, and gift certificates and season tickets are still available to purchase as holiday gifts. They may be purchased online at circa21.com or email dlaake@circa21.com.

“With as terrible as 2020 has been for our business, we would greatly appreciate anyone who will buy a gift certificate or season ticket for a friend, loved one or even themselves this holiday season,” Hitchcock said.