BREAKING NEWS: A local TV news reporter whose name is being withheld for his own privacy and safety should government agencies and QAnon discover him breaking this clandestine and explosive information revealed on his Facebook today that while on assignment in the Quad-Cities, he encountered a man enjoying more than the pleasant weather today.

The reporter, who we will reveal is (to the best of our knowledge) not a part of the Deep State, revealed the incendiary information that he 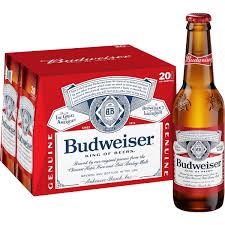 was, in fact, “sent out to talk to people about the nice weather.”

(To those not “in the know,” this is typical in journalistic circles, as once the weather becomes nice after a long and brutal winter, editors like to send reporters out to do what is known as a “human interest story” on topics of this nature.)

However, the reporter got more than he bargained for.

According to the reporter, who we will reveal is (to the best of our knowledge) not related to Brian Williams, Anderson Cooper, or Oprah, approached a man in the park.

He said, “I ask the guy “So what are you doing in the park today?” and he says “I’m just chillin’, I smoked a joint and drank a big old Budweiser”.”

The reporter also let is slip that this revelatory disclosure would NOT be included on the news tonight!

Does this have anything to do with Jeffrey Epstein, Tom Hanks, Q, or adrenochrome????

Keep your eyes on your eagle-eyed, steely-jawed, fearless muckraking local media source, QuadCities.com, for ongoing coverage of this IMPORTANT information you NEED to know!