Earthquakes, tidal waves, infernos and the unforgettable songs of the ‘70s take center stage in Broadway’s side-splitting homage to classic disaster films in “Disaster!” opening July 22 at Circa ‘21 Dinner Playhouse in Rock Island!

Previews begin July 20 and it opens July 20 and runs through September 10! For details and tickets visit Circa.21.com! 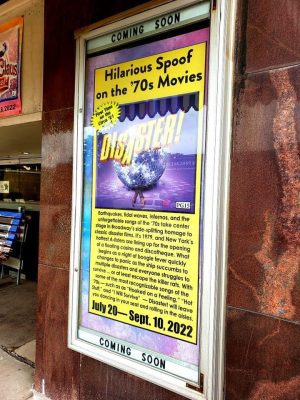