Home › Arts & Entertainment News › Things To Do › Get Ready for The Pandemonium at Circa ‘21!

Get Ready for The Pandemonium at Circa ‘21!

THE PLAY THE GOES WRONG makes it’s area debut and hits the Circa ‘21 stage January 19! 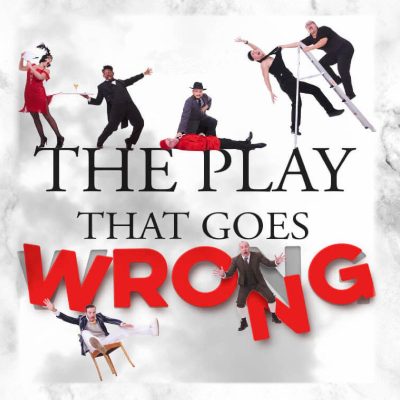 Welcome to opening night of community theatre troupe, Cornley Polytechnic Drama Society’s newest production of an Agatha Christie-like 1920s murder mystery, “The Murder at Haversham Manor” — where things are quickly going from bad to utterly disastrous! The set, the props, the lighting and the sound thwart the performers at every turn. Eventually, a few of these semi-amateur thespians, demoralized by disaster, go rogue. It’s a stage manager’s worst nightmare — and an audience’s cue for laughter. With an unconscious leading lady, a corpse that can’t play dead, and actors who trip over everything (including their lines), the accident-prone thespians battle against all odds to make it through to their final curtain!

To make reservations for any show,

Tristan Tapscott
Tristan Layne Tapscott has been dubbed the “Quad Cities’ P.T. Barnum” and although the person who initially said it meant it as an insult, he happily accepts the title.
See More Articles From Tristan Tapscott
Advertisement
Tagged: Circa '21the play that goes wrong