Home › Columns › Sean Leary › UFOs Are Real. The Government Has Confirmed It. Are We Just Going To Ignore This?

There’s a phrase, whistling in the dark, describing someone scared who is taking any number of glib, superficial actions to avoid confronting

the fact that deep down, they’re frightened out of their minds.

This phrase is reminiscent of much of the media right now, as this week, and several times over the previous few months, the United States government and the U.S. military has admitted the existence of UFOs.

This is not a joke.

There isn’t a punchline at the end of this column, as there usually is.

Now, don’t get me wrong, I’m not saying they’ve admitted the existence of alien beings. Only the craft, which by literal definition are Unidentified Flying Objects.

But that, combined with the evidence presented, should be enough to be worldwide news, occupying the 24-7 cable channels for a long stretch, and far bigger news in this country than it is. 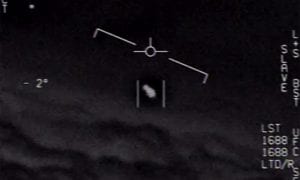 An image of a UFO in radar released by the Pentagon.

While the national media is happy to go nuts with wall-to-wall coverage of Lil Nas X’s Satan shoes and video, or a handful of old Dr. Seuss books being put out of print, the UFO story has barely registered a blip, and then it’s been quickly shunted aside for more substantial coverage of weighty subjects like Kim Kardashian’s ass.

This phenomenon really started in earnest last year, when the Pentagon admitted they had evidence of a number of UFO sightings and have, for over a decade, had a top secret organization looking into the unidentified vehicles. U.S. Sen. Marco Rubio — you know, the legitimate political veteran who just ran for president a few years ago, not some freak in a tin foil hat like Lauren Boebert — requested a detailed analysis of the task force’s findings. A year ago, the New York Times ran an article on the phenomenon and the program, quoting an astrophysicist and former consultant for the UFO program, Eric W. Davis, as saying that he gave a classified briefing to the Defense Department agency regarding “off-world vehicles not made on this earth.”

Again, this is the Pentagon. 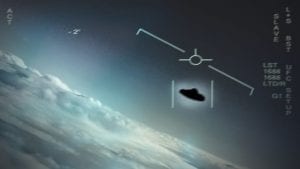 These aren’t fringe elements or websites that look like they were made on AOL in 1997 featuring obviously photoshopped pics of Bigfoot waving as his flying saucer leaves the Taco Bell drive-thru.

These are legit media sources, legit organizations, saying that UFOs exist, and at best they really have no freaking clue what they are.

However, they have admitted to discovering and testing wreckage from them.

Again, WHY ISN’T THIS BIGGER NEWS??? I’m really kind of stunned that more people haven’t picked up on this and it isn’t all over the cable channels. After all, now that Trump isn’t president anymore, tweeting red meat out to both sides of the political aisle, what do they have to really talk about?

This is most astonishing when you consider that news keeps slowly leaking out, and the most recent included actual video of a number of triangular objects above an aircraft carrier, taken by the Navy. That joins a number of other videos which have been not just released, but identified, as noted here on a video compiled by CNN, which got surprisingly little traction on that 24-hour-a-day news network. That joins various other videos which have been leaked and talked about in the media. 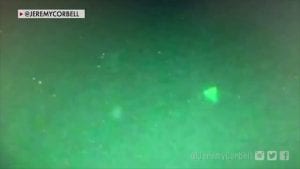 This video was released by the Navy, showing a number of triangular objects that remain unexplained.

Now, I get it. This isn’t just big news, it’s got the potential to be incredibly world-changing, and that’s frightening to a lot of people. Even if the UFOs aren’t aliens from another planet or another dimension, the entire concept is scary, because the alternate explanation is that another government, most likely Russia or China, who are antagonists to the United States, has this kind of advanced technology, which is a daunting prospect. Another possible explanation is that our own government has a deep state program that’s so top secret and underground that even the Pentagon doesn’t know about it, which is also pretty freaky.

But, still, ignoring the truth doesn’t make it go away, and it’s bizarre that so many prominent individuals, organizations, media groups and other prominent folks and groups seem to be ignoring this. 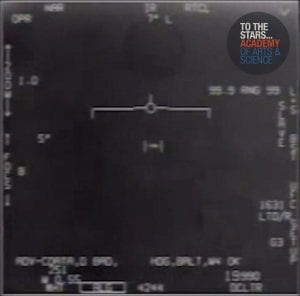 However, regardless of people’s, and the media’s, continuing to whistle in the dark, this story isn’t going away.

Lawmakers have asked that the Pentagon reveal its knowledge about UFOs within six months.

The disclosure will happen, since it was included in an appropriations bill, and as we all know, money talks.

And, according to this Washington Post report, government officials in the know are saying that the information revealed will be “big.”

If the revelations are as incendiary as some in the know are saying, wouldn’t it be a better path for the government, and the media, to prepare the public for this, by offering a number of stories and discussions about it along the way?

Again, this is the U.S. government.

It’s the actual military putting these stories out there to places like the New York Times and the Washington Post.

I highly doubt Ashton Kutcher is behind this.

Are we just going to ignore this?

I mean, there are some things you just can’t ignore.

Ok, I lied about leaving with a punch line. Couldn’t resist. Whistling in the dark and all…

Sean Leary
Sean Leary is an author, director, artist, musician, producer and entrepreneur who has been writing professionally since debuting at age 11 in the pages of the Comics Buyers Guide. An honors graduate of the University of Southern California masters program, he has written over 50 books including the best-sellers The Arimathean, Every Number is Lucky to Someone and We Are All Characters.
See More Articles From Sean Leary
Tagged: #governmentadmitsufos#pentagon#pentagonufos#sandiegoufo#secretgovernment#secretgovernmentprograms#ufodisclosure#ufosightings#ufosonvideo#ufovideoTacoUFOs