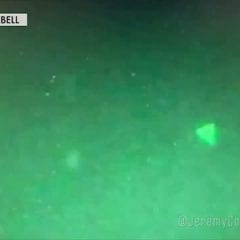 There’s a phrase, whistling in the dark, describing someone scared who is taking any number of glib, superficial actions to avoid confronting the fact that deep down, they’re frightened out of their minds. This phrase is reminiscent of much of the media right now, as this week, and several times over the previous few months, the United States government and the U.S. military has admitted the existence of UFOs. This is not a joke. I’m not kidding. There isn’t a punchline at the end of this column, as there usually is. The U.S. government, the Pentagon, has admitted the existence... Read More