Home › Columns › Sean Leary › Who Will Win? Oscars Include Nom For Q-C Filmmakers Beck And Woods

Who Will Win? Oscars Include Nom For Q-C Filmmakers Beck And Woods

“A Quiet Place,” written by Quad-Citians Scott Beck and Bryan Woods, was nominated in the sound 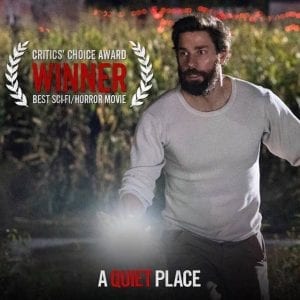 editing category for the 91st Academy Awards, which announced their noms this morning. Unfortunately, despite a Golden Globe and Critics’ Choice Award nom, Beck and Woods weren’t nominated in the Best Original Screenplay category, and “Place” lead Emily Blunt was snubbed for an actress pick despite some buzz.

The biggest surprises among the nominees were “Black Panther,” which became the first Marvel film to be nominated for Best Picture, although it was certainly deserved. In addition to being expectedly spectacular visually, “Panther” was the most complex and layered portrayal of a hero and villain in any of the comics genre flicks, and was universally praised by critics. 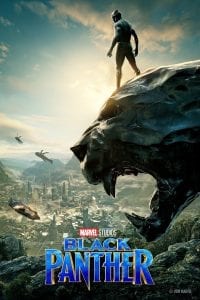 A film nowhere near universally praised but which expectedly got a nomination was “Bohemian Rhapsody,” which has been cleaning up at awards ceremonies despite mixed reviews. People seem to either love it or hate it, and I wonder how that’s going to effect its chances at an Oscar.

When it comes down to it, neither probably has much of a chance, given that more traditional and upscale Oscar bait like “Roma” and “The Favourite” are in the mix, and are likely the heavy favorites, alongside “A Star Is Born,” which has the charisma of likeable stars, terrific reviews, great box office and a past Hollywood pedigree. It’s also a movie about the industry of fame, which tends to resonate with voters, regardless of whether that fame is in the film industry, music industry or whatever. When it comes down to it, I’m predicting a big night for “Roma,” which seems to have heavy momentum coming in, and is exactly the kind of film Oscar typically leans towards.

On a personal note, in addition to saying congratulations to my friends Scott Beck and Bryan Woods, I’d like to congratulate my fellow Joliet Catholic Academy alum Melissa McCarthy for her nomination in the Best Actress category. 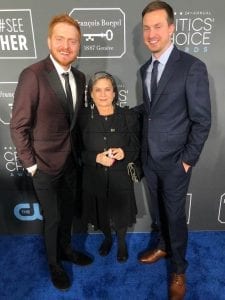 Below are the nominees, with my very early picks for victory:

ACTRESS IN A SUPPORTING ROLE

ACTOR IN A SUPPORTING ROLE

Sam Elliott, “A Star Is Born”

Richard E. Grant, “Can You Ever Forgive Me”

“A Night at the Garden”

“Hale County This Morning, This Evening”

“Of Fathers and Sons”

“Spider-Man: Into the Spider-Verse”

SEAN’S PICK: “Spider-Man: Into The Spider-Verse”

“Can You Ever Forgive Me?”

ACTOR IN A LEADING ROLE

Bradley Cooper, “A Star Is Born”

ACTRESS IN A LEADING ROLE

Lady Gaga, “A Star Is Born”

Melissa McCarthy, “Can You Ever Forgive Me?”

Sean Leary
Sean Leary is an author, director, artist, musician, producer and entrepreneur who has been writing professionally since debuting at age 11 in the pages of the Comics Buyers Guide. An honors graduate of the University of Southern California masters program, he has written over 50 books including the best-sellers The Arimathean, Every Number is Lucky to Someone and We Are All Characters.
See More Articles From Sean Leary
Advertisement
Tagged: A Star Is BornAcademy AwardsAmy AdamsBeck and WoodsBlack PantherBlacKkklansmanBluebox FilmsBohemian RhapsodyBradley CooperBryan WoodsChickenzillaChristian BaleGreen BookLady GagaOscarsRachel WeiszRomaScott BeckSean LearyThe FavouriteTristan TapscottVice