It’s that time of the year again. Time for critics to line up to roll out their “Best of…” lists. And whether it’s TV, movies or music, they all seem to follow a distinct pattern.

I’ve done these lists for years, and it wasn’t until the last few calendar turns that I stepped back from doing them, basically because I got bored with it. 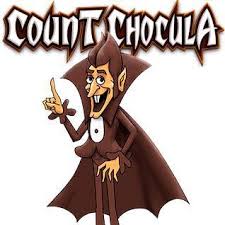 This year, I’m stepping back into the fray, to deliver a list of THE BEST MUSIC OF THE YEAR. THE BEST!!!

10.) album recorded by a hygiene-challenged, agoraphobic shut-in that sounds like The Beach Boys recorded in his parents’ basement on an eight track and a player piano.

9.) precocious, wildly hyped all-female British New-punk band named after Count Chocula that will break up next year and never be heard of again. Fun lone album though.

8.) barely listenable album by an insanely obscure act that I’m placing here to show how much cooler I am than you and how much deeper into the real underground I am than other critics.

6.) Slow, depressing, acoustic comeback album by some really old dude. Many lyrics about crows and dying.

5.) that one by the girl with the hair who’s sorta edgy and writes about shitty relationships.

4.) that thing by the guy, you know, that one dude, yeah, the one with the beard and the ukulele. Yeah. That guy nobody knew about until he was on the SNL hosted by Alec Baldwin.

3.) very commercial, slickly produced pop album by a girl who looks like a Manga character placed here as a “guilty pleasure” to show that I’m not entirely a pretentious fuckwit, but that in actuality I’ve listened to more than all the other albums in my chart combined.

2.) rap album with sterling production and fantastic song craft with infantile lyrics that are horribly misogynistic and homophobic bathroom graffiti but that are hailed as genius by skinny suburban white boy critics who want to seem woke and urban.

1.) the consensus number one album of the year on every critic’s list that all of them have listened to once but all hail as a masterpiece because the band is dour, serious, obviously influenced by Big Star/Velvet Underground and named after a random animal body part.

Sean Leary
Sean Leary is an author, director, artist, musician, producer and entrepreneur who has been writing professionally since debuting at age 11 in the pages of the Comics Buyers Guide. An honors graduate of the University of Southern California masters program, he has written over 50 books including the best-sellers The Arimathean, Every Number is Lucky to Someone and We Are All Characters.
See More Articles From Sean Leary
Tagged: Arctic MonkeysBeach BoysBest Music of 2018best of listsBrian WilsonCount ChoculaSean LearyTaylor SwiftWilco