Anyone read that article sweeping the web about Terry Tilka?

He’s celebrating his 30th year of busting his ass as the owner of the coolest bar in the Quad-Cities, one that’s outlived almost every other and fought its way through countless trends, several recessions and umpteen financial curves in the Quad-Cities. 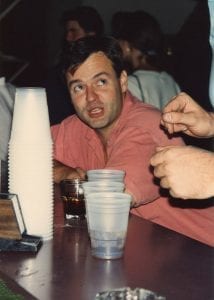 Terry started off young, when he was in college, owning bars around the area, and busted his ass most frequently as the owner of O’Meara’s (named after his Mom’s maiden name), before putting his money and his life on the table to buy a little spot called RIBCO when there was little to nothing else in the downtown areas, not only of Rock Island, but any of the other Quad-Cities.

And through three decades, the guy has worked his ass off, at RIBCO and his next-door dance club 2nd Ave., through long nights, belligerent drunks, great shows that bombed and shit shows that didn’t, employee no-shows and generations of college students bringing their kids back years later to show them where they met their mother, met their best friends, and met their match in tequila shots.

No, there weren’t any stories on Terry Tilka on the web as far as I could see.

No, this week the brainwashing bots of the internet and their supine minions vomited a story across the web about some born mega-rich 21-year-old who fell into the genetic lottery and stumbled into millions from blood money publicly lying about and defending killers, pornography and a televised human zoo, saying she was now a billionaire. 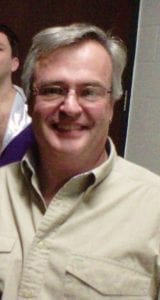 Because you can always believe what you read on the internet, especially pushed forward by known liars bloviating about perverse wealth.

The stories had the audacity to place this plastic-surgery modified vapidity in the same category as actual genius creators and entrepreneurs who had, you know, created something from nothing and taken the leap to start businesses, as real entrepreneurs do.

As it’s been accurately said many times before, it’s always easier to rock that home run trot 90 feet when you’ve been born on third and had your Daddy pay off the umpire to call you safe.

It’s quite a bit different to step up to the plate in a hostile stadium, against a fireballing pitcher, with two outs in the bottom of the ninth, and gut out a hit that you have to sprint to make an inside-the-parker.

That’s what it’s like being a REAL entrepreneur – working without a net, or, in the case of the reality TV star, eight nets, a bounce house cushion and a moat of feather pillows.

REAL entrepreneurs are alive and well and toiling and busting their ass right here in the Quad-Cities. Putting their own money and sweat and toil into their businesses to make them work. There are hundreds we could mention, hundreds of locally owned shops, restaurants, bars and hot spots that are populated by families and ownerships that are truly putting it on the line.

And while they may not be billionaires, at least they’re rich in integrity, and they deserve respect.

Walking around downtown Rock Island, you can see others who have been in this almost as long or even longer than Terry. The Hitchcocks, Denny and Brett, who turned a dream about a dinner theater into a renovation project of the old Fort and transformed that into Circa ’21, and then, its neighbor, The Speakeasy. The Adamsons, Jeff and Patrick, at The Establishment, who began their career as comedians seeing a show on vacation and thinking that it might be a good idea to bring that same concept, Comedy Sportz, to the Quad-Cities. Theo Grevas, who opened up the coolest and quirkiest coffee shop in the Quads long before Starbucks and “Friends” exploded the idea into ubiquity.

But those are just some of the oldest timers. Take a stroll and you’ll see Michele Royal at Hickey Brothers, Dave Phillips at ICONS, Jon Keim at Huckleberry’s, Jose Zepeda at Q-C Coffee and Pancake House, Nicole Watson-Lam at Ms. BriMani’s, Bob Herington at Ragged Records, Ben Fawks at Rozz-Tox, Kyle Born at Smoking Dog and more. They’ll soon be welcoming John Timmer of Big Swing, who will pick up the baton left by the Cleveland family at Blue Cat.

And that’s just downtown Rock Island, within walking distance of RIBCO. There are hundreds of others around the Quad-Cities. Including us here at QuadCities.com, locally owned and operated small businesses who make the community strong because we ARE the community.

These are the people who deserve real recognition and credit.

These are the people who deserve admiration.

Not some trust-fund barely-legal who looks good on Snapchat and slaps her name on stuff made by sweat-shop workers.

But people who actually do the work and sweat in their own shops and whose names you may never know, but you should.

They’ll probably never get the recognition of Softcore Entrepreneur Barbie. And this column probably won’t go viral and get the millions of hits those others did. But they, and this article, do have something going for it that those other articles did not.

And quite frankly, I’d rather be truly rich in that.