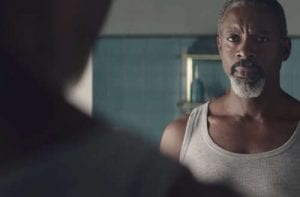 It’s ironic that most of the commercials throughout Gillette’s history have involved a man literally looking at himself in the mirror, since its latest and most controversial ad does so metaphorically in a way far more powerful than the previous banal stock image to shill razors.

I’m sure most of you have heard about it by now, and a large percentage of you have seen it. (If you haven’t, you can watch it here.) In the ad, various scenarios of traditional rites of masculine passage and behavior play out, juxtaposed with the questioning of those tropes in today’s world.

We see a boy being chased by bullies.

We see a crying boy being comforted by his mother as a tableau of cyberbullying plays out as an overlay.

We see an inundation of images glorifying objectification and patronization of women, from rap videos to sitcoms, being poured into the heads of men, and we see men acting accordingly to those cultural cues.

We see a couple of boys fighting at a cookout, as a seemingly endless array of lazy men paralyzed by inertia numbly and dumbly drone the words “boys will be boys.”

But, as the commercial questions, what exactly does that mean?

What does it mean for a boy to be a boy?

And that is the message of the commercial.

Everything we are is learned.

Social science is rife with countless reams of information and studies which show that while certainly genetics and other factors play a role in some aspects of our development, the social cues and behaviors we exhibit are very largely learned as a product of our environment.

Babies are not born with any of these predispositions and biases.

They are taught them through their environment and the adults around them.

And if they can be taught, then so can opposite behaviors.

That’s what the Gillette commercial is saying, and what it is truly all about.

And shouldn’t they be learning a more positive and progressive message?

Shouldn’t they be evolving?

And shouldn’t this be common sense rather than controversial?

Of course, there’s been a typical knee-jerk reaction and protest against the ad.

Critics are calling it emasculating and saying it “makes men feel bad.”

If you feel bad after watching that advertisement, perhaps you should be reflecting on your actions and intentions that are triggering those emotions.

Maybe it’s because you see a part of you in that ad. Maybe you see yourself in the kids bullying, the men being condescending and creepy, the fathers allowing poor behavior, the people who are so emotionally constipated that they can’t communicate clearly with anything other than violence and garish outmoded displays of hollow machismo.

And perhaps that’s a mirror you really need to be looking into, to see how you can change, beyond the superficiality of a shave.

Because why should bullying be seen as right?

Why should condescending behavior and objectification of women be seen as right?

Why should men being condemned for being expressive and emotional be seen as right?

What is so wrong about a world where men and women see each other as equals, where people are judged on the content of their character and the quality of their actions rather than their gender?

What is so wrong about a world where problems are resolved through open communication rather than exacerbated through emotional and intellectual constipation?

What is so wrong about a world where people are allowed to live and let live, and be the people they are as long as they aren’t hurting anyone else, and can be themselves without fear of being bullied and insulted because their courage and openness ignites the resentful who are too insecure to follow the same path? Perhaps if everyone was allowed to follow that same path, to be open about themselves, to feel no fear in being real, then there would be no need for that insecurity and therefore no need for that  aggression fueled by resentment and jealousy?

It shouldn’t take a razor ad to bring that to people’s attention, but, sometimes messages are delivered through strange paths.

The world is changing and evolving.

The mere existence of this ad reflects that.

Make no mistake about it, this ad is no random occurrence, nor, to speak quite plainly and cannily, is it merely an act of conscience.

This is a commercial decision.

And as someone who works in advertising, I can tell you this is far from random. It was carefully considered. There was very likely a mountain of research done in regard to the changing demographics, attitudes and mores of Gillette’s customers, and that data showed that this message was going to resonate with the majority of them, as well as those who the company sees as potential customers. This was not just a decision of conscience, it was a decision of commerce.

But that somewhat cynical, largely realistic, observation is cause for hope. If a multi-billion dollar company has done enough research to show that this ad, this message, resonates, then it’s showing that times, and attitudes, are indeed changing. It’s showing that the mirror that Gillette has been holding up to men for decades is now displaying a different image.

That new image is one of welcome change.

There will be resistance, as there always is, to change. But it invariably occurs.

And this is a change for the good.

These should be qualities not just seen as masculine or feminine, they should be seen as human.

These should be qualities that are seen as a given when a person steps up to a mirror.

Because the best a man can get should always be summed up in one word.

Sean Leary
Sean Leary is an author, director, artist, musician, producer and entrepreneur who has been writing professionally since debuting at age 11 in the pages of the Comics Buyers Guide. An honors graduate of the University of Southern California masters program, he has written over 50 books including the best-sellers The Arimathean, Every Number is Lucky to Someone and We Are All Characters.
See More Articles From Sean Leary
Tagged: Best A Man Can GetbullyingcyberbullyingGilletteGillette adGillette advertisementGillette protestsmasculinitymetooracismSean Learysexismtoxic masculinity