This week, a bill backed by Congresswoman Cheri Bustos (IL-17) to combat sexual harassment and assault passed the U.S. House of Representatives with broad bipartisan support. Led by Congresswoman Lois Frankel and Congressman Ken Buck, he the Speak Out Act would void nondisclosure agreements (NDAs) for claims of sexual assault and harassment.
WATCH: Bustos Speaks in Support of Speak Out Act

The Senate voted to pass the Speak Out Act unanimously on September 29, 2022. The bill now heads to the White House for President Biden’s signature.

“For way too long a sinister culture of silence has protected predators and has shamed survivors. But as the saying goes, sunshine is the best disinfectant. And the only way to dismantle this culture of silence is to let the voices and stories of survivors be heard. Because those stories are powerful,” said Congresswoman Bustos. “Survivors’ stories launched the #MeToo movement. Survivors’ stories inspired my bill to end forced arbitration and today’s bill.  And it will be those stories that will continue to bring change.”

Under current federal and most state law, employees and consumers can sign away their right to bring forward an allegation of sexual harassment or assault – even before abuse or assault occurs – through NDAs. This practice silences survivors, shields abusers and perpetuates sexual assault and harassment. 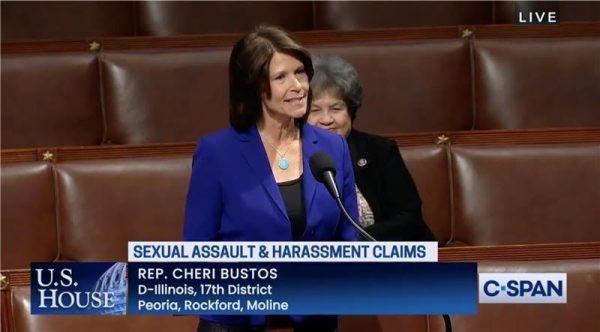 For claims of sexual assault and harassment, the Speak Out Act will:

WATCH: Bustos Speaks in Support of Speak Out Act