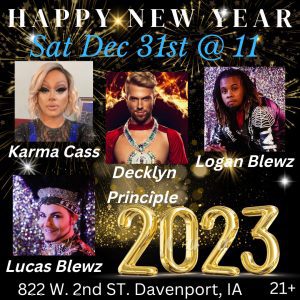 Who’s ready to party and bring in the New Year like it’s supposed to? Varieties Nightclub is! The venue at 822 W. 2nd St., Davenport is holding its annual New Years Eve party with some great drink specials going on all night long and an amazing show featuring some of the best performers from around the QC. Featuring: Logan Blewz Decklyn Principle Lucas Blewz Karma Cass $5 cover $3 Jello shots $6 PB&J shots  Read More 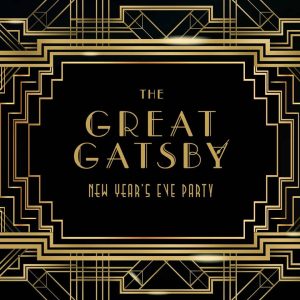 We think you’re the Bee’s Knees…so join us and let’s get fizzy and ring in 2023 at The Axis, 1630 5th Ave., Moline! Join us for dinner and drinks or book one of our limited available party packages! Your Choice of Room: $269 Standard King $329 Suite Rooms include $75 restaurant credit at The Fifth Avenue Syndicate, champagne toast at midnight, NYE treat in your room! In addition to the full menu at The Fifth Avenue Syndicate, enjoy steak & lobster surf n’ turf and bundt turtle molten cake for dinner! Dress in Gatsby/1920’s style garb and receive a free appetizer for your table. Enjoy... Read More

Have A Country Music New Year At Iowa’s Fairgrounds Tonight! 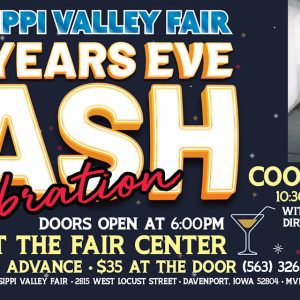 The Mississippi Valley Fairgrounds, 2815 W. Locust St., is presenting a country-themed New Year’s Eve Bash, with Cooper Alan with Special guest the Dirt Road Rockers. Event starts at 6 p.m. If you like country music and you’re on any social media app, you’ve probably seen Cooper Alan on your screen in the past two years. The up-and-coming country star has independently built a fanbase of over 10 million followers and has earned over 100 million streams on his music. Originally from Winston Salem, NC, he spent his high school and college years playing bars, college campuses, and Honky Tonks... Read More 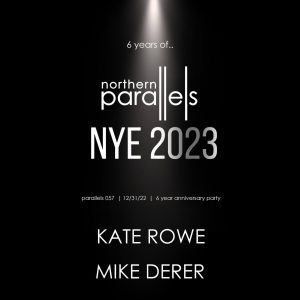 Dance all night to techno and other great dance tunes all night at Rozz Tox, 2108 3rd Ave., Rock Island on New Year’s Eve! Here are the deets: Northern Parallels 057 12/31/22 Celebrating NYE and 6 years of Northern Parallels events. We invite you to ring in the new year at Rozz-Tox. DJ’s Kate Rowe Mike Derer Rozz-Tox 8pm-1am $10 cover All ages to dance, 21 to drink Quality Techno and House Music all night  Read More

Spend The ‘Last Night’ Of 2022 At Rock Island’s Kavanaugh’s Rockin’ With Lynn Allen! 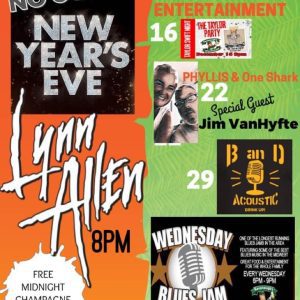 Feel like ringing in the new year with one of the most fun rock bands in Quad-Cities history? Lynn Allen, who are always a good time, are going to be headlining the evening at Kavanaugh’s Hilltop, 1228 30th St., Rock Island. The band hits the stage at 8 p.m. There are drink and food specials and lots of other fun stuff planned. Ring in the new year with Billy Peiffer and the boys!  Read More 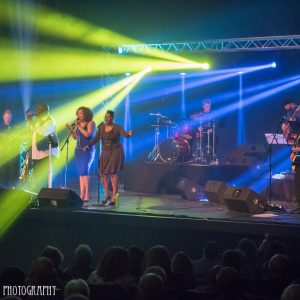 Local band 10 of Soul will be ringing in the year with a gig starting at 9 p.m. at Rhythm City Casino, 7077 Elmore Ave., Davenport! We’ll be mainstage in the Rhythm City Casino’s Event Center to welcome the new year, so mark your calendars and get ready to party! We will post ticket information here as it gets finalized, so check back!  Read More 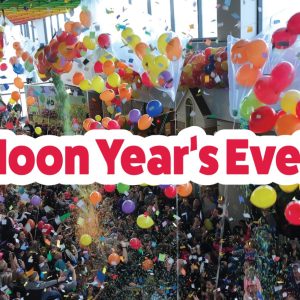 The grown-ups get to stay up until midnight, so the kids get to celebrate a countdown to 12…Noon! Come to the Family Museum, 2900 Learning Campus Drive, Bettendorf, early for noisemakers, hats, face painting, and more! Tickets are $5 for Family Museum members and $10 for non-members. Tickets will be limited to 800 and can be purchased at the Family Museum or over the phone at (563) 344-4106. Museum will close at 2:00 pm. Sponsored by Ascentra Credit Union.  Read More 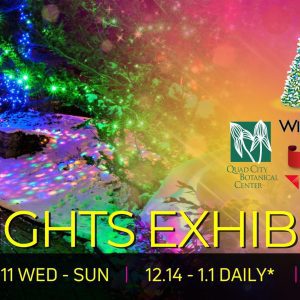 The Ugliest Sweater Wins at the Raccoon Motel TONIGHT! 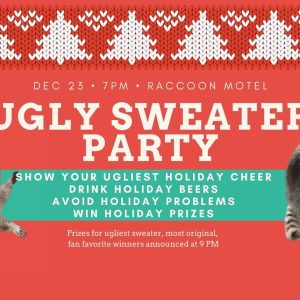 Put on your ugliest sweater for a chance to win one of 3 $50 Motel Gift Cards! Join the gang at The Raccoon Morel to spread holiday cheer and have some beer! Categories include Most Original, Ugliest Sweater and Crowd Favorite! Friday, December 23 – 7pm Get all the details here: https://facebook.com/events/s/ugly-sweater-soiree/693577342477938/    Read More