Along with the usual characters like Thomas the Train Engine, Elmo and Blue, you might see some familiar faces on PBS Kids this week. 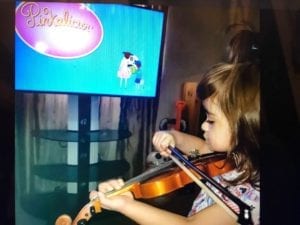 Local PBS station WQPT has debuted a new commercial playing between shows (technically called an interstitial) featuring a number of Quad-Cities kids doing a variety of activities during the past few weeks of coronavirus quarantine.

“The idea for the spot came watching my neighbors’ sons riding their bikes on our frontage road,” said Lora Adams of WQPT. “They’re the only kids around and I saw them making their own fun as they played on their own.” 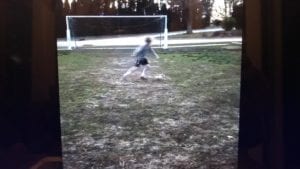 With the commercial, Lora “hoped to show that imagination and drive to excel can still happen, even during these crazy times.”

To find the clips in the video, Lora put out a request on Facebook because she kept seeing people had been posting things they were doing at home. It struck her that people, especially kids, were showing incredible resilience and hope, and that so many people were staying active and upbeat, and she wanted to capture that.

“I hope that at the end of the day, families will grow closer, that kids will still see the beauty in the world around them and that they will look forward to the day when the skills they practice on their own will bear fruit,” Lora said. “We are stronger than we think.”

You can see the video on YouTube here, as well as on local PBS station WQPT.