Walk Through A ‘Winter Wonderland’ With Rock Island’s Circa ’21

For the theatre’s holiday 2021 production in its spectacular 44th season of live entertainment,  Circa ’21 Dinner Playhouse is treating family audiences to a special holiday gift: the yuletide musical revue WINTER WONDERLAND. This charmingly festive stage delight will charm 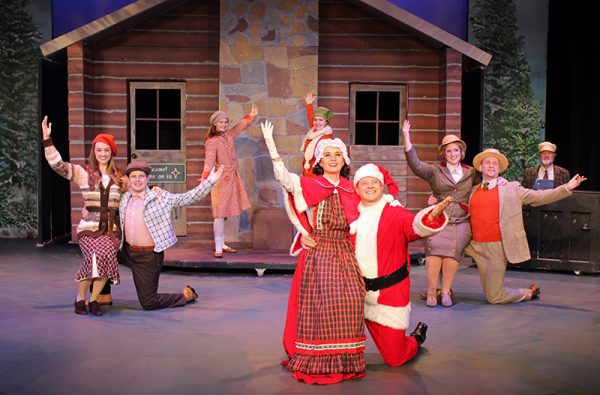 audiences with its magical blend of laughs, sentiment and beloved songs from the past, and it’s being brought to life by a marvelous team of professional talents.

WINTER WONDERAND will be presented at Circa ’21 through December 29, with performances on Wednesday, Friday and Saturdays evenings at 7:45 p.m., Sundays at 5:45 p.m. and Wednesday matinées at 1:30 p.m. Ticket prices are $53.55 for the evening dinner-and-show productions and $46.73 for the plated-lunch matinées.

In this heartwarming musical tale, a dad wishes to celebrate an old-fashioned Christmas like the ones of his youth leads him and his family first to a historic Christmas-tree farm, and then on a magical journey to the year 1921, where he learns that while remembering the past is important, the best way to hold on to tradition is to enjoy the Christmas present! Written for Circa ·21 by longtime Bootlegger and frequent mainstage actor Brad Hauskins, WINTER 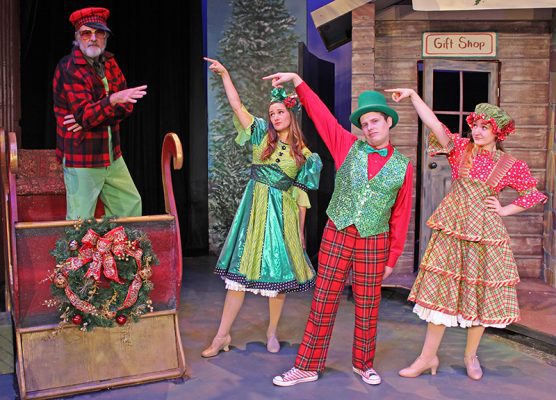 WONDERLAND is a nostalgic celebration of family that will leave audiences of all ages filled with the peace and joy of the holiday season.

Hauskins’ musical revue originally was presented at Circa ’21 during the 2000 holidays, and while his new version retains the former show’s title, situation and characters, it is now being staged with a new storyline and a new score of old favorites arranged and orchestrated by the author, Laura Hammes and Mason Moss. As Hauskins explained of this new WINTER WONDERLAND, you’ll hear a lot of traditional Christmas music, but a little differently from what we did 20 years ago. And all the songs are songs from that [1921] era, but they’re not necessarily all Christmas-themed · there’s some Irving Berlin and other songs that we’ve sort of incorporated into the storytelling.”

He continued, There’s a lyric in the song ‘Winter 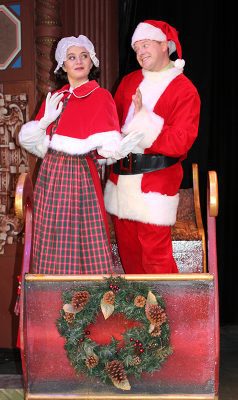 Wonderland’ that weighs heavily into the show: ‘To face unafraid the plans that we made.’ And to me, that was the hook of what I’m trying to say. That’s what living in the present day means. We make plans, we celebrate this holiday in spite of all the things that are going wrong and we face our plans unafraid. That’s a really appropriate statement for what we’re trying to do.”

Circa ’21’s entire team is ecstatic to welcome audiences back for the holidays after last year’s unanticipated season off and urges patrons to make reservations early for what will no doubt be an unforgettable night of stage magic and merriment. Call 309-786-7733 ext. 2 for reservations and treat your whole family to the glorious stage celebration that is WINTER WONDERLAND!

Sean Leary
Sean Leary is an author, director, artist, musician, producer and entrepreneur who has been writing professionally since debuting at age 11 in the pages of the Comics Buyers Guide. An honors graduate of the University of Southern California masters program, he has written over 50 books including the best-sellers The Arimathean, Every Number is Lucky to Someone and We Are All Characters.
See More Articles From Sean Leary
Advertisement
Tagged: Circa '21Circa 21 Dinner Playhousequad cities holiday showswinter wonderland