Innovation and collaboration in the face of an unprecedented challenge helped the St. Ambrose University Theatre Department and KALA-FM, the public radio station on campus, combine to win a first-place national award at the annual Intercollegiate Broadcasting System 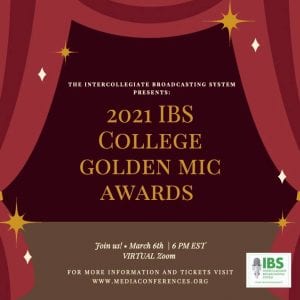 The award for the Best Radio Drama honored the Theatre Department’s fall 2020 performance of Henrik Ibsen’s classic play, “An Enemy of the People.”

The 2019 adaptation of the 1882 play was penned by Tom Isbell, a theater professor at University of Minnesota-Duluth (UMD), who is friends with SAU director and theater professor Cory Johnson. They’ve worked together with the Kennedy Center American College Theatre Festival (KCACTF).

Because the need for masking and social distancing due to Covid-19 protocols prohibited a stage performance, Cory Johnson accepted a longstanding invitation from KALA station manager Dave Baker ’88 to perform a presentation for radio broadcast on KALA.

The St. Ambrose submission (recorded on the Galvin Fine Arts Center stage) won first-place honors over nominated performances by the University of Virginia, the Kansas University, 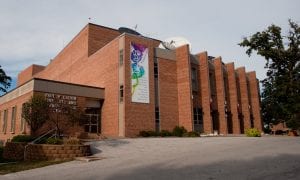 It marked the second straight first-place award for KALA, as Sharon (Adasme) Bentley ’20 won the Best Newscast award a year ago.

“We’re delighted,” Johnson said of the national honor for her actors, who adapted to a new way of performing and learned new ways of conveying characters and emotions. “It was a wonderful experience.”

In casting for the radio play, Johnson said she turned her back to the actors to better understand the range of voices and to be certain each voice was distinctive enough to be recognized in character by listeners.

The award is especially welcome for a Theatre Department in transition. Although the theatre major is being discontinued, Paul Koch, PhD, provost and vice president for academic and student affairs, said theatre education will be ongoing and annual performances will remain a staple St. Ambrose activity.

“St. Ambrose continues in its commitment to sustain our ability to offer theatre programming, including main stage and studio theatre 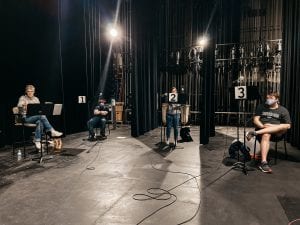 Johnson, left, working with students on the radio play, “An Enemy of the People.”

productions along with a strong minor in theatre,” Koch said. “These opportunities allow for the ongoing participation of not only students who seek academic credit in theatre, but also those who want to participate because of their love for the craft. Financial aid geared toward theatre participation will continue.”

SAU announced it was ending the theatre major last fall, in the face of a petition protesting Ambrose theater cuts at Change.org that received over 2,800 signatures.

SAU staff members of the theatre department, Dianne Dye and Zack Lawson ’18, were let go last fall due to budget cuts, according to sau.edu.

Due to the Covid-19 pandemic, the fall mainstage musical, “First Date,” was cancelled and replaced with the radio play, “An Enemy of the People.”

Johnson suggested the radio play – her first in a long Ambrose career — as a substitute for the previously scheduled SAU musical, “First Date,” which “didn’t make a whole lot of sense” when students returned in August, given the Covid-19 pandemic, she said in the fall. 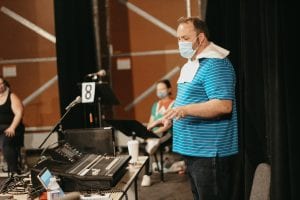 They started rehearsals with the small “Enemy” cast around the same time, in late August, and its Oct. 2, 2020 opening was the same date the musical would have opened.

Johnson encouraged actors to memorize their lines, even though only their voices would be recorded. “We had a lot of time to delve into characterization, timing,” she said. “This was the perfect time to do it, right before our presidential election.”

“It is absolutely a prescient piece – with references to fake news, what is truth,” she said. “What are you willing to do to stand up for truth? Do the citizens have a right to know what is true, or should they be protected if they can’t handle the truth?” 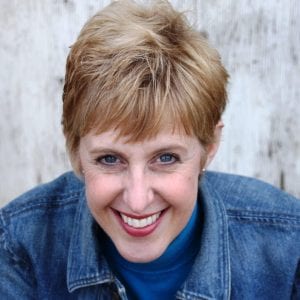 It’s up to the audience to decide who the play’s “enemy” is, she said.

“At some point, the baton is passed to the younger generation in hopes of making their way more successfully than the current one,” the director said, drawing a parallel to today’s younger voters. “There is optimism at the end — there has to be optimism for positive change. It feels like the meek rise up and take a leadership role because they have to.”

“It is a play that challenges us to fight for what we think is important,” Johnson said.

Luke Peterson, an Ambrose senior majoring in theater, said last fall that in light of the presidential election a month from its opening (hovering over Covid, racial injustice, the economy, climate change and election integrity), “it’s incredibly relevant,” he said. “I think the year 2020 has really highlighted a need for social change. I think that this play speaks to the importance of using our voices to speak out against injustice.”

“I think we as artists, citizen artists, have a responsibility to speak truth. We need to speak out for what is right as well,” he said. “The play does not specifically group this character or that with the Democrats or Republicans. It’s advocating for pro-truth.”

For more information on the school broadcasting awards and other winners, visit www.mediaconferences.org/awards.html.