Located in downtown Rock Island, Circa ’21 Dinner Playhouse has been treating audiences to the finest in dining and professional stage entertainment for the past 45 years.  For the venue’s spectacular 46th season, beginning next January, Circa ‘21 is proud to announce five marvelous mainstage productions that include three Quad Cities premieres and two returning favorites, one of them among the biggest Broadway hits of all time, as well as two debuting musicals from legendary performers!

Season subscriptions for the 2023 season beginning in January are available in several different options.  The theater is offering its Gold, Silver, Bronze, Student options and the all-access Diamond subscription!  Information and pricing for all the season packages can be found on the theater’s website, circa21.com.

The theatre’s children’s musicals, meanwhile, enjoy scheduled 10 a.m. and 1 p.m. performances and are generally performed on Tuesdays, Thursdays, Fridays and Saturdays. Admission to these show-only performances are $10 per person. 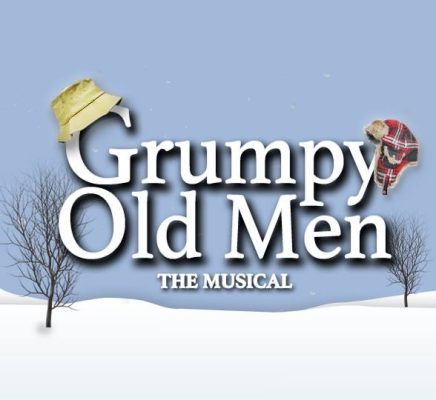 Circa ’21’s 46th-anniversary season begins with the Quad Cities premiere of the dazzling pop/rock revue WE WILL ROCK YOU (Jan. 18 – Mar. 11, rated PG). Featuring more than 20 hit songs from the iconic band Queen, among them “Bohemian Rhapsody,” “We Will Rock You,” “Somebody to Love” and “We Are the Champions,” this delirious stage treat follows two revolutionaries as they try to save rock ‘n’ roll in a post-apocalyptic world. In an age in which algorithms predict our every preference, WE WILL ROCK YOU is a true musical for our time: a fist-pumping, foot-stomping anthem to individuality.

Rock Island’s dinner theatre will follow that show with the eagerly anticipated return of a smash hit from 2019: GRUMPY OLD MEN: THE MUSICAL (Mar. 15 – May 6. rated PG-13). Two aging neighbors, Max and John, have been feuding for more than 50 years, and when the beautiful and charming Ariel moves in across the street, their rivalry is raised to new heights! Can her love and compassion reunite their friendship? Don’t miss this laugh-out-loud story of family, friendship, love and romance, with GRUMPY OLD MEN: THE MUSICAL based on the beloved 1993 film comedy starring Jack Lemmon, Walter Matthau and Ann-Margret. 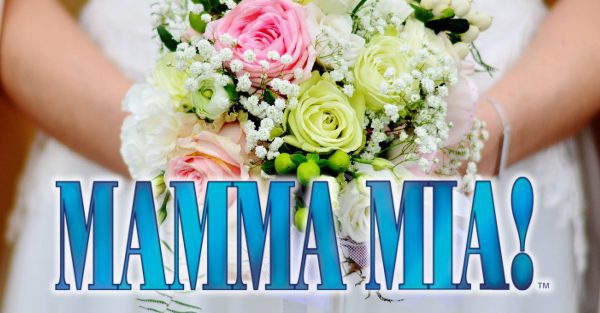 Last seen at Circa ’21 in 2018, a five-five Tony Award nominee and one of the 10 biggest hits in Broadway history returns with the return of the musical sensation MAMMA MIA! (May 10 through July 8, rated PG). A mother. A daughter. Three possible dads. And a trip down the aisle you’ll never forget! The story-telling magic of ABBA’s timeless songs propels this enchanting tale of love, laughter, and friendship, creating an unforgettable show boasting a large cast, nonstop laughs, and explosive dance numbers that deliver pure joy for audiences! Over 54 million people all around the world have fallen in in love with the characters, story, and music that make MAMMA MIA! the ultimate feel-good show.

Another Circa ‘21 debut and the perfect summertime refreshment, follows with the theatre’s sweet and salty musical ESCAPE TO MARGARITAVILLE (July 12 -Sept. 9, rated PG-13). Set your mind on island time and plan your escape to this new musical comedy about choices we make and the people we become once we’ve had a change in “latitude.” ESCAPE TO MARGARITAVILLE blends classic Jimmy Buffett tunes and original songs with a story that revolves around a part-time bartender/singer who falls for a career-minded tourist. This hilarious, heartwarming musical is the party you’ve been waiting for!

Yet another area premiere wraps up Circa ’21’s phenomenal 46th season, with the theatre inviting audiences to get the inside scoop on THE OUTSIDER (Sept. 13 – Nov. 4, rated PG). Ned Newley doesn’t even want to be governor. He’s terrified of public speaking and his poll numbers are impressively bad. To his ever-supportive Chief of Staff, Ned seems destined to fail. But political consultant Arthur Vance sees things differently: Ned might be the worst candidate to ever run for office unless the public is looking for … the worst candidate to ever run for office. With Broadway World calling it “an insightful, witty satire,” author Paul Slade Smith’s THE OUTSIDER stands as a timely, hilarious comedy that skewers politics and celebrates democracy.

(selected dates Mar. 30 – Apr. 22, rated G), everyone’s favorite spirited youth return’s in a joyful show filled with new songs and new essential lessons. Based on the bestselling books, the saga of the wisecracking first-grader finds her determined to write the ultimate kid-friendly guide. But as she deals with writer’s block and constantly gets into trouble, Junie B. quickly realizes that she still has a lot to learn. Featuring new, upbeat songs from Marcy Heisler and Zina Goldrich, JUNIE B’s ESSENTIAL SURVIVAL GUIDE TO SCHOOL is a goofy, heartwarming show about owning up to your mistakes and how nobody is ever done learning.  All tickets are $10.

Laughs and lasagna are sure to be on hand in Circa ’21’s premiere of the comic-strip adaptation GARFIELD (June 6 – 24, rated G). In this musical featuring everyone’s favorite sarcastic tubby tabby, Garfield awakens to find his birthday, the most important day of the year, has fallen on a Monday. The horror! To make matters worse, all his friends – Jon, Odie, Arlene, and even his nemesis Nermal have completely forgotten it’s his big day. With only his beloved teddy bear Pookie understanding his disappointment, Garfield leaves the comforts of home but soon realizes that, in the outside world, there’s no TV, the food is literally garbage and animal control is always just around the corner. Watch Garfield in this endearing show as he learns cat learns the value of friendship and that “home is where the heart and the food is.”  All tickets are $10.

Every offering on the 2023 schedule will showcase exceptional professional talents both on and off-stage and each one is sure to be enjoyed by both frequent Circa ’21 patrons and those previously unfamiliar with this beloved Quad Cities institution. For tickets and season subscriptions, call 309-786-7733 ext. 2. Additional information and pricing can be found at Circa21.com.

Advertisement
Tagged: Circa '21circa '21 new seasonnew season for circa '21rock island's circa '21 releases new schedule